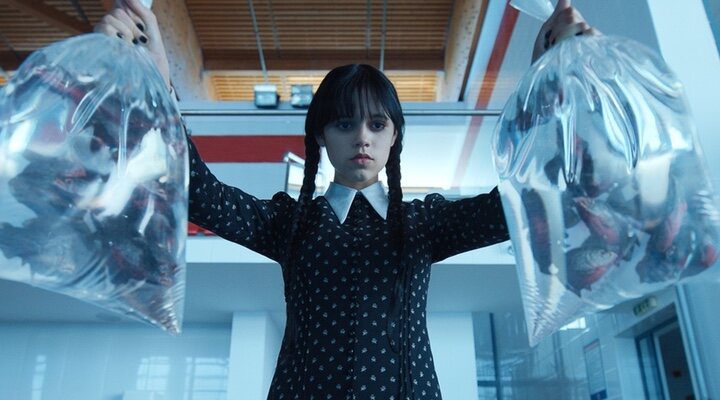 In early reviews of the series “Wednesday,” Jenna Ortega’s performance as the Addams’ daughter was widely praised. Kristen Maldonado from Pop Culture Planet affirmed that the actress was born to play Wednesday Addams. In recent interviews to promote the series, Ortega has shed a bit of light on why she’s so good at macabre characters… and that’s because she’s pretty dark herself.

“I love disturbing things”he says in an interview with The Face. The actress, who has played several characters in horror films such as ‘Insidious Chapter 2’, ‘X’ and soon ‘Scream 6’, affirms that this type of project and she “meet each other”. According to her, no matter where she goes, there will always be “an invisible thread that connects me to serial killers, monsters and creatures”.

“I love things that are a little off-putting, things that, the closer you look at them, you realize aren’t really pretty”, points out. She also adds that it’s something she’s always been with, even before she was one of the most recognizable faces among young horror actresses: “I feel that it is something that has always attracted me, since I was little, something that I have always liked”.

He had a hobby… funny

In a YouTube interview from Wired, where she had to answer the most frequent questions that people posted about her, asked her if she was a friend of Maddie Ziegler, with whom she starred in ‘The Fallout’. Ortega replied that they are great friends because “we’re so weird together.” However, he made a distinction: while Ziegler was weird because of the gestures and movements she made when she performed, Ortega said that she herself was strange because when she was a child “I used to perform autopsies on animals, like small lizards that I found dead in my garden”. Those are definitely two different ways of being weird, but if that makes her such a good actress… do we support her?