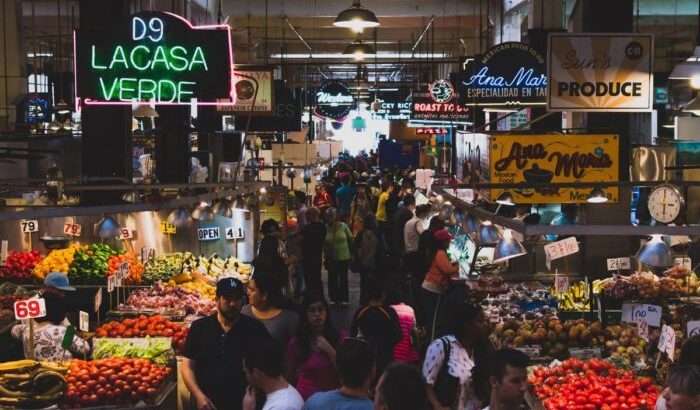 waters! In the Ecatepec supply center, pickpockets operate with stealth and speed They steal belongings from clients.

The security camera of a local managed to capture the way in which a woman allegedly steals a client’s wallet and then hides in the crowd from the supply center.

In the images a client is seen walking with her bag hanging on the back. Meanwhile, another woman dressed in a sweater and vest quickly approaches the customer’s back. With a quick movement, the pickpocket reaches her hand into the victim’s bag, removing what appears to be a purse.

After the theft, the woman hides the object in her clothing and stealthily places herself among the customers of the grocery store, hiding in plain sight in front of a local fruit shop.

The victim realizes the robbery too late. Puzzled, she looks around her to try to spot the thief. At one point, she covers her face with her hands as a sign of frustration or sadness

At the end of the video, the victim is seen touching his chest, at the level of his heart, with an expression afflicted. The pickpocket, it’s been a long time fled.

How to take care of pickpockets?

Pickpockets differ from “farderos” in the sense that the latter steal store merchandise that they simply hide in their clothing, body parts, or bags. Pickpockets, on the other hand, specialize in the nonviolent theft of wallets and other objects who usually carry bags.

Although the person who commits the theft is the visible party, the modus operandi frequently involves several other people.

Regularly, there are four to eight people who participate in the execution of the robbery. According to the security company Progresur, the roles are divided as follows:

A person observe and choose to the victim. Other makes the robbery. One more collect loot, while others involved in the theft distract to the victim. Finally, everyone mimic among the rest of the people in the place.

The recommendations to avoid falling victim to a pickpocket are: