‘Ant-Man 3: What differentiates Kang from He Who Remains, according to its director 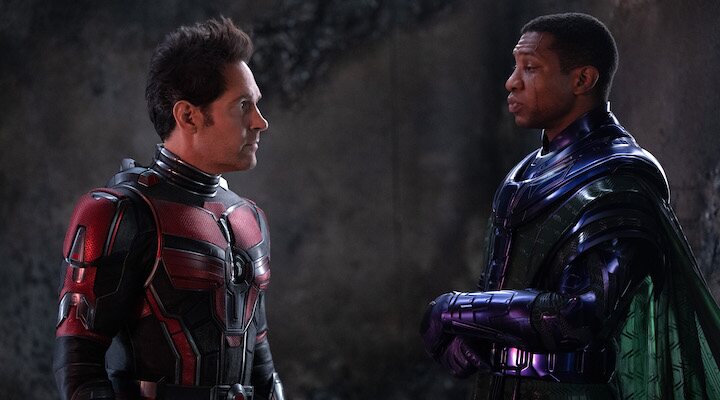 Jonathan Majors entered the Marvel Cinematic Universe through the front door playing the antagonist known as The One Who Remains in the final stretch of the first season of ‘Loki’. His appearance in the series, in addition to being met with loud applause for his performance, unleashed the chaos of the Multiverse and its infinite ramifications, with consequences that are being explored in the new MCU saga, which will conclude with the duo formed by ‘Avengers: The Kang Dynasty’ and ‘Avengers: Secret Wars. Introduced as the founder of the Time Variation Authority (TVA), it was actually a variant of one of the most iconic villains of Marvel Comics, Kangwhom we will see, again in the shoes of Majors, in ‘Ant-Man and the Wasp: Quantumania’.

Obviously, the Kang from the third installment of ‘Ant-Man’ is not the same as the one from ‘Loki’ and has other intentions, according to new details revealed by the film’s director, Peyton Reed. In ‘Quantumania’, Scott Lang and his family are mistakenly transported to the Quantum Realm, where they encounter said variant of Kang, who is trapped there and unable to get out. In the trailer, we hear the Pathfinder make an offer to Scott: “I can send you home and I can give you more time, if you help me”. What exactly is he planning and why does he need help from Ant-Man?

Reed has explained it in an exclusive interview with Empire magazine (via comicbook.com), where reveals that what Kang wants is to escape from the Quantum Realm. Why we don’t know anymore, but it doesn’t look like it’s to go to Disneyland. According to the filmmaker, his version of Kang is “a very different character” to that of ‘Loki’. “He is someone who has control over time and, furthermore, he is a warrior and a strategist”, point. As for the role Scott Lang will play in his plan, Reed is unambiguous: “That’s the most interesting thing: take the smallest, and for some, the weakest Avenger and pit him against an absolute force of nature“.

If you intend to skip ‘Quantumania’, due to the lesser weight that the ‘And-Man’ franchise has had so far in the UCM, you might want to think about it, because everything indicates that this third installment will be crucial for the development of the new phases and the grand finale of the Infinity Saga (after all, Kang is in the title of one of them). Reed doesn’t doubt it: “I think it has a profound impact on the MCU. Jeff Loveness, who wrote ‘Quantumania,’ is writing ‘The Kang Dynasty’ as well, so there’s been a lot of talk about the impact of this Kang the Conqueror appearance. large”.

Journey to the center of the Quantum Realm

After brief visits to the Quantum Realm in the previous two installments, ‘And-Man and the Wasp: Quantumania’ will immerse us fully in the subatomic dimension where the original Wasp was trapped for decades before returning to our world in the first film. . “We wanted to explore the Quantum Realm”Reed also declares to Empire, where has listed the influences when creating this plot of the Marvel Universe: “It’s a massive world-building challenge. We’ve drawn equally on electron microscope photography, the ’70s and ’80s issues of Heavy Metal magazine, many of my favorite sci-fi book cover illustrators, and a bit of Mobius. The style is fantastic realism”.

‘Ant-Man and the Wasp: Quantumania’ will inaugurate Phase 5 of the UCM, with a theatrical release set for February 17, 2023.