Criticism of ‘Stories not to tell’, lies and half truths 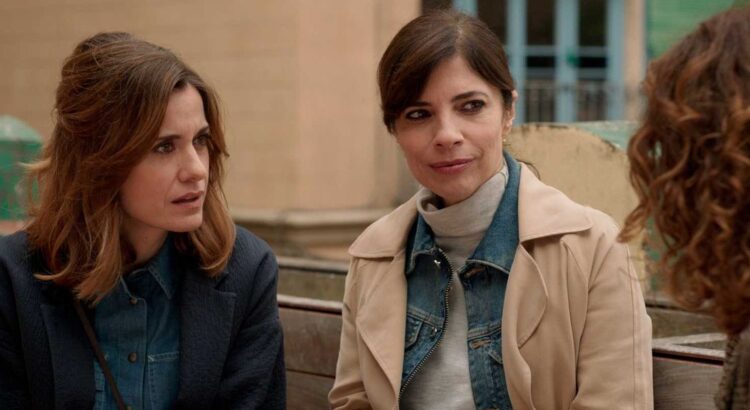 Who knows if applying Jules Renard’s maxim (“Look for the ridiculous in everything and you will find it”), the most skilful observer of the human behavior of our directors, Cesc Gay, immerses himself here in another lesson on the pathos of the human being. And he puts us back in front of that not-so-distorting mirror so that we recognize ourselves in one of the characters –that urban middle class that populates his stories–, situations raised or simple gestures. To do this, the filmmaker resorts to the episodic structure with five stories that worked so well for him in ‘A Gun in Each Hand’, although here he is more ironic, more poignant, more hurtful, and more cruel to his creatures, whom he places in those highly embarrassing situations. And all so that, deep down, we end up laughing at our miseries and contradictions. Wow, from ourselves, one of the healthiest exercises that exist, especially in these times.

With the invaluable help of their inseparable scriptwriter Tomàs Aragay, the duo goes through various stages of comedy: from vaudeville –that first magnificent episode with the Darín-Castillo-Rey trio–, to the very Lubitsch touch, going through less subtle humor. And at the same time he chisels dialogues about secrets, lies and half-truths that always sound perfect from the mouths of an unbeatable cast: what a convening power yours has and how you almost always get it right by choosing the right one for each profile. In this case, with a special mention to Jose Coronado, whom we would like to see doing comedy more often, in a role outside of his usual repertoire. And obviously, as in any episodic movie, there are always those that stand out above others. Curiously, here the first two are the best, which denotes a certain imbalance of the whole. But, venial sins aside, there is no doubt that Dino Risi and Mario Monicelli smile, and a lot, from wherever they are.

For those who are always willing to laugh at themselves

The best: that very intoned cast.

The worst: spend the best cartridges too soon.

Synopsis: It narrates situations in which we can recognize ourselves and that we would prefer not to explain, or even forget. Unexpected encounters, ridiculous moments or absurd decisions, five stories with an acid and compassionate look at the inability to govern our own emotions.