Honduras declares a national emergency due to insecurity 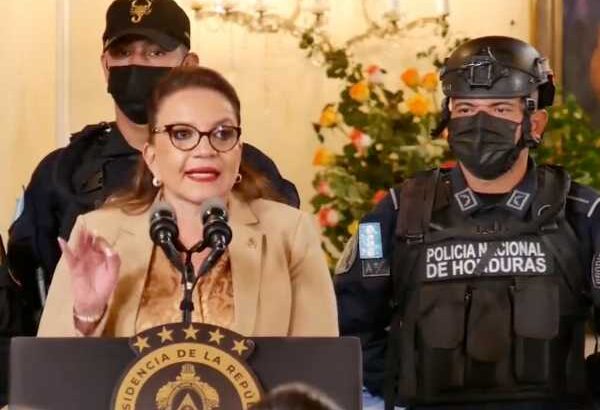 The President of Honduras, xiomara Castro, declared on Thursday national security emergency in view of the growing cases of extortion by violent criminal groups that operate in different regions of the country.

The mechanism announced by Castro contemplates the suspension of constitutional guarantees in areas with a greater presence of criminal gangs, 20,000 police officers assigned on a rotating basis, legal measures against money laundering, security controls on streets and highways, among other provisions.

To strengthen this strategy of immediate recovery of the lawless territories in the neighborhoods and neighborhoods, in the villages, in the municipalities (and) in the departments, I declare a national emergency in terms of security.

The declaration authorizes the Honduran government to make extraordinary use of public resources to launch the new project to combat criminal gangs that are also engaged in hit mandrug trafficking and kidnapping.

With the Comprehensive Plan for the Treatment of Extortion and Related Crimes, the leftist government will seek to put an end to the growing phenomenon that is hitting the impoverished Central American nation, the president explained during the same message.

The project arises amid pressure from businessmen, carriers, residents and non-governmental organizations that ensure that extortion, imposed mostly by gangs Mara Salvatrucha MS-13 and Mara Barrio 18has grown in recent months.

The new security plan, which enters into force on Thursday, will not be able to apply for the moment the suspension of constitutional guarantees until it is approved by the National Congress, which has sued the official for a project against extortion.

The Association for a More Just Society (ASJ), which investigates security issues, has said the so-called “war tax”, used by criminal gangs to extort, generates annual earnings equivalent to 737 million dollars, almost 3% of the Gross Domestic Product (GDP) of the country.