I am with AMLO, but I am not part of an unconditional choir: Monreal 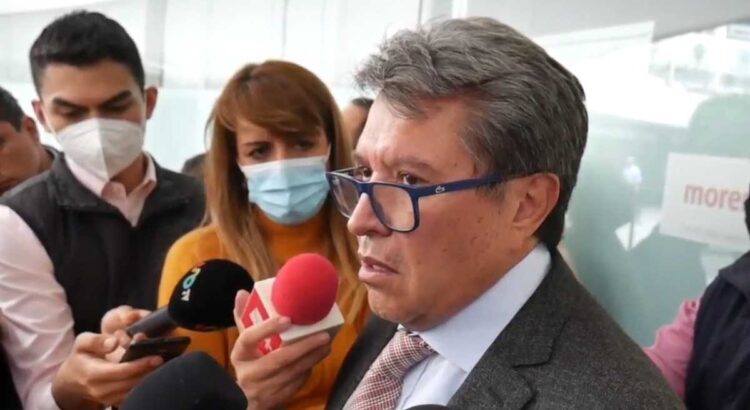 The leader of the Morena bench in the Senate, Ricardo Monreal, assured that he supports President Andrés Manuel López Obrador, but not unconditionally.

In a meeting with reporters, he said that he puts his opinion and criteria before the Upper House a counterweight to power.

He responded to this in response to claims because he announced that he would not attend the march on November 27.

He stressed that he has not betrayed the National Regeneration Movement or the Lopez Obrador Fourth Transformation.

On the contrary, he maintained that the Senate and its bench have given preference to the initiatives presented by President López Obrador, although it has been difficult at times.

I have never betrayed the Movement, so never have I betrayed it that all the reforms that the president was interested in and that he presented as initiatives, came out; including appointments that were not easy (…).

For example, I can tell you about the appointment of ministers of the Court, the attorney general, electoral magistrates, administrative magistrates, it has been the Senate and the qualified majority, when the President sends the shortlists, it is the Senate that decides.

He reiterated that he will travel over the weekend to the Mexico-Spain Interparliamentary meeting, but he wished luck to those who go to the march called by the head of the Executive: “I’m going to Madrid but I wish you luck, I am going to fulfill a responsibility; I am a man of duty, I realized that I am like Vasconcelos, the man of duty, I will never be of pleasure”.