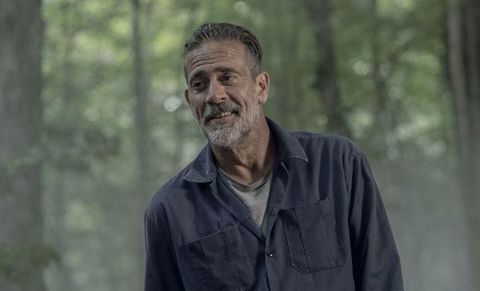 Morgan first appeared in the series’ season 6 finale as Negan., and quickly became a fan-favorite character for his distinctive personality and ruthlessness. Negan’s popularity among fans led to Morgan getting his own spin-off, ‘Dead City’ (previously known as ‘Isle of Dead’), which finished filming last month and it is expected to be released in April 2023.

In March of this year, Morgan revealed on his Twitter account that he had broken his foot. However, in an interview with insiders , The actor has confessed that it was both feet that suffered the accident while filming ‘TWD’. Morgan admits that he wasn’t wearing good enough shoes to constantly jump and land, and that at first he thought the pain wasn’t a cause for concern, but then he realized the seriousness of the situation.

“I think, honestly, I didn’t have good shoes. And that he only had to jump a couple of times. It started out as nothing, a small fracture. And then it got worse. My heel bones are missing. They were going to operate on me between the series and the new program [‘Dead City’]. And I was about three months old and I went to Spain to do a commercial. So I had to have that done, and I said, ‘fuck it My foot will have to survive‘”.

Although Morgan had to undergo surgery, a trip he documented on Twitter, he goes on to say that it’s OK now”. However, breaking his feet wasn’t Morgan’s first on-set injury while he was filming ‘The Walking Dead.’ During the filming of the season 8 episode ‘The way it’s supposed to be’, Andrew Lincoln (Rick Grimes) broke his nose during a fight scene. When talking about the injury, Morgan said that even though Lincoln didn’t take the punch from him like he was supposed to, the two continued to film the scene and Morgan didn’t have to undergo any corrective surgery.