‘The Walking Dead’: This was the alternative ending that they finally decided to eliminate 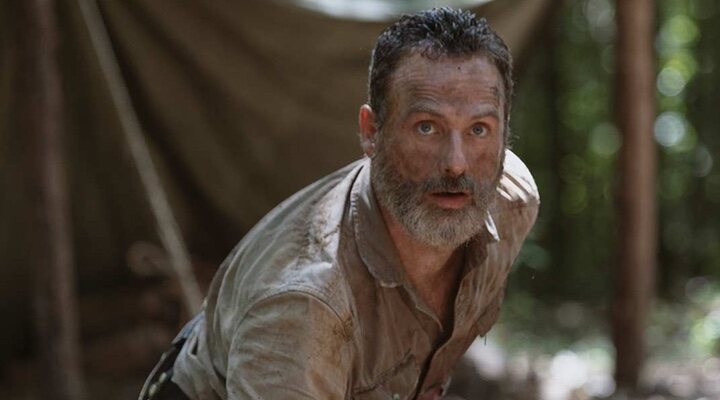 The longest zombie apocalypse in television history came to an end on Monday, November 21.. After more than twelve years and eleven seasons since Rick Grimes (Andrew Lincoln) woke up from a coma, ‘The Walking Dead’ has ended with the chapter entitled ‘Rest in peace’. During its finale, fans of the series were able to enjoy the return of Lincoln and Danai Gurira in their roles as Rick and Michonne, who will have their own spin-off next year. Nevertheless, as reported insidersthe original ending would have one more scene that ended up being deleted, despite having even been filmed.

In this deleted scene, the AMC series would jump more than a decade into the future to show us a pickup truck in motion. This would run on the same highway on the outskirts of Atlanta that Rick went down with his horse in the first episode of the title.. In front of the van, we would find two young men around 20 years old. During the course of the scene, we would realize that they are RJ (who is also called Rick Grimes) and Judith, but in its more adult version, both children of Rich and Michonne. Also, in the back there would also be Coco and Gracie.

And it doesn’t end there, the adult RJ would approach the radio to say: “If you can hear me, answer. I’m Rick Grimes“. To which a survivor would reply: “…Hello?”. Thus recalling his father’s line at the beginning of everything, and continuing his legacy. The ending would have been a perfect fit emotionally, but it was at odds with AMC’s overall construction of the ‘Walking Dead’ universe. According to sources, this scene might have been cut because there was no point in introducing new versions of characters we don’t really know yet.

The existence of this scene was practically confirmed by Angela Kang. The showrunner of the title assured, in an interview for decidethat “wrote a completely different final scene“. Pointing out that the last scene of the series did not really correspond to the final moment they had in mind.

On the other hand, in an interview with insidersthe actor who gives life to Negan (who will also have his own spin-off with ‘The Walking Dead: Dead City’) has revealed that he broke both feet during the filming of the last season. “I think, honestly, I didn’t have good shoes. And I only had to jump a couple of times. It started out like nothing, a little fracture. And then it got worse. My heel bones won’t be quiet anymore. They were going to operate on me between the series and the new spin-off.”says Jeffrey Dean Morgan.

“I was about three months old and I went to Spain to make an announcement. I had a hernia. So I finally had to have surgery on it and I already said: “fuck it My foot will have to survive“adds the 56-year-old actor. It should be remembered that this was not Morgan’s only injury during the filming of ‘The Walking Dead’, Lincoln already broke his nose during the recording of a fight corresponding to the eighth season.