There is hope for bluefin tuna: “Unprecedented progress” for its conservation 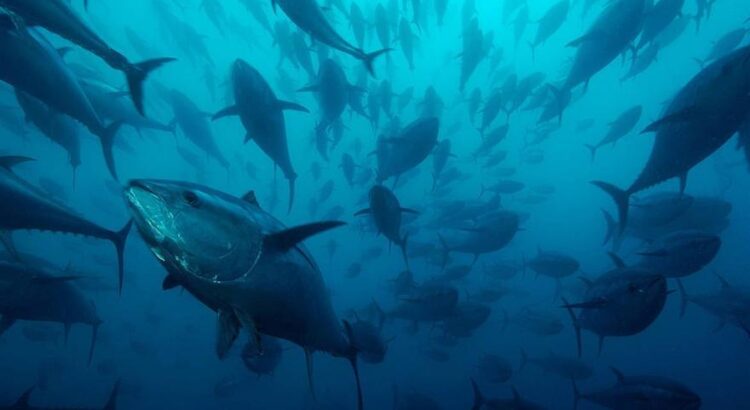 There is hope for tuna. The situation of these species became very worrying a few years ago, but it is undergoing significant improvements, thanks to the adoption of concrete measures by governments and other organizations. Now, a new step in that direction has been taken that could consolidate this recovery. The international conservation entity WWF has welcomed the decision of the International Commission for the Conservation of Atlantic Tunas (ICCAT) to adopt a new strategy for the sustainable capture and management of Atlantic and Mediterranean bluefin tunabecause it considers that it will guarantee the health of the species in the long term and that represents an “unprecedented advance” and asks the parties to apply it immediately.

Said conservation entity has pronounced itself in these terms, referring to the decision adopted at the ICCAT meeting held in Val do Lobo (Portugal). In addition, in view of this agreement, WWF urges the European Union to achieve sustainable management of the other fish stocks managed by this international organization.

And it is an agreement of capital importance for the future of tuna. The 51 fishing nations that make up ICCAT They have agreed to ban the retention of live South Atlantic shortfin mako, maintain the recovery plan for bigeye tuna, and approved a Mediterranean albacore share, which should effectively put an end to overfishing.

In this sense, WWF explains that the new strategy will allow ICCAT to manage the eastern and western Atlantic stocks with the objective rules agreed at this meeting (known as Catch Rules), such as increasing or decreasing catch limits in depending on the situation of the populations, depoliticizing short-term management decisions.

In addition, it adds that these measures will be related to the state of the population, which will allow maintaining the stability of fisheries and markets, while minimizing the risk of depletion of the tuna stock in the future.

The WWF Spain fisheries coordinator, Raúl García, considers that the adoption of the new capture strategy is the beginning of “a new era” for the management of Atlantic bluefin tuna.

In addition, he stresses that it will have a global impact because will become an “example” for the rest of the regional tuna organizations. “Thanks to the joint effort of the Contracting Parties, scientists and all interested parties, we will be able to guarantee the survival and health of these populations,” praised the WWF head of fisheries.

Along the same lines, he considers that the bluefin tuna example demonstrates that Fisheries managers have effective tools to repair the damage caused by overfishing and defends that in this way abundant fish populations are ensured for the benefit of the marine ecosystem and fishing communities.

“The recovery of the bluefin tuna population has allowed the TAC (total allowable catch) to triple from its minimum a decade ago, distributing wealth among fishing communities. The increase approved for 2023-2025 arises precisely from these catch rules and should fundamentally benefit those artisanal fleets that were especially harmed or excluded in the previous quota distributions,” he added.

Finally, WWF also recognizes the effort of the ICCAT Contracting Parties to reach an agreement on the allocation of this year’s quota for Mediterranean albacore, following the recovery plan adopted last year. With the current adjustment, the current overfishing of albacore in the Mediterranean is effectively brought to an end.

Now, the NGO calls on scientists and fisheries managers to develop a management plan for tropical tunas that ensures sustainable exploitation and an equitable and fair allocation of quotas, especially for bigeye, which remains overfished object in the Atlantic.

Likewise, calls on fishing countries to mitigate shark by-catch and that they undertake spatial management measures to effectively limit mortality and thus give the mako a “real chance of recovery.”

However, the NGO stresses the need to maximize the coverage of observers and to monitor the effect of changing gear and baits to avoid an increase in accidental captures of other vulnerable species, such as sharks.