They use olive pits as jet fuel 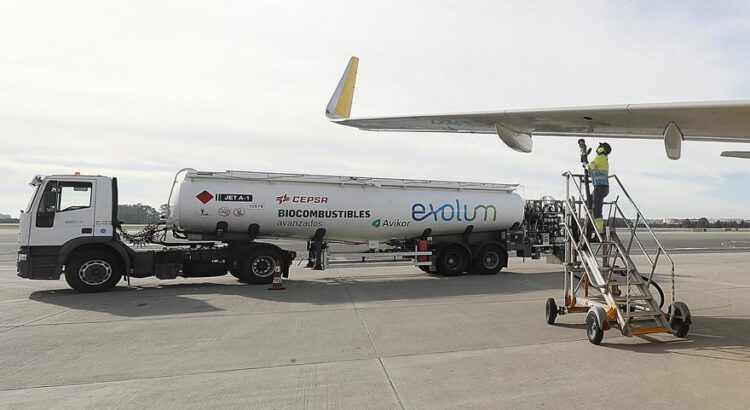 Olive pits, used oils and other vegetable waste will serve as biofuel for more than 200 planes that will fly this week from Seville airport, an initiative that will prevent the emission of more than 200 tons of CO2 into the atmosphere.

The company Cepsa has presented this Friday at the Seville terminal an initiative that will be carried out on the flights of six airlines, which will have 4.5% of Sustainable Aviation Fuel (SAF) in their deposits, exceeding the 2% target established by the European Union for 2025.

Tobi Pardo, director of Aviation and Asphalts at Cepsa, in statements to EFE, has indicated that, in addition to olive pits, to make this biofuel “used oil and other waste” are used and he added that they are exploring new materials, such as rotten wood and, “in general, any waste.”

Carlos Barrasa, Cepsa’s commercial and clean energy director, explained that this initiative will have “an important role in the ecological transition” and has stressed that it is “an opportunity to illustrate what these new fuels mean, which generate wealth in society”.

Barrasa has stated that If it is possible to mobilize all the biomass in Andalusia, 10% of the current demand can be covered.

The company produces this biofuel at its La Rábida Energy Park (Huelva) made from olive pits and other vegetable residues from the olive sector in Spain and will be supplied by Exolum, a Spanish company dedicated to the treatment and storage of petroleum products.

The cost of a cubic meter currently, according to what Tobi Pardo told EFE, is still “two or three times more expensive” than jet turbine fuel (JET) commonly used in aircraft, although he has indicated that the cost will become cheaper when mass production is implemented.

Carlos Barrasa has said that Cepsa is going to produce 2.5 million tons of biofuels at its Huelva plant, of which, “800,000 tons will be specifically sustainable aviation fuel.

In this pilot project will supply biofuel to the participating airlines to cover around 400,000 kilometres, in what is estimated to be around 400 or 500 flight hours.

The presentation had the presence of the mayor of Seville, Antonio Muñoz, and the Minister of Industrial Policy and Energy, Jorge Paradela, as well as representatives of Cepsa and the participating airlines.