This is ‘I don’t like driving’, the new TNT original series with Juan Diego Botto 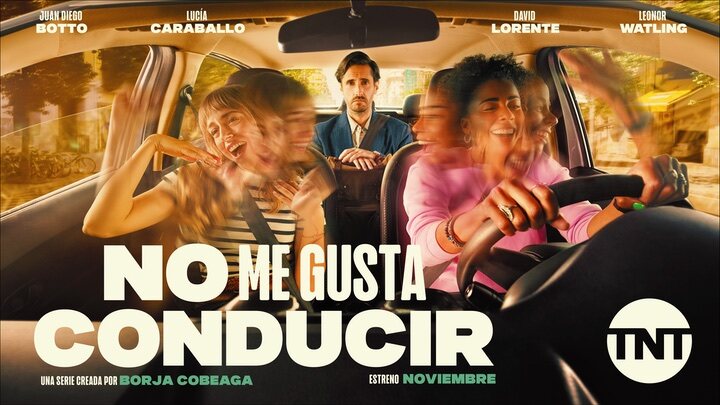 TNT presents its new original series: ‘I don’t like driving’. The television channel once again trusts Borja Cobeaga, who already collaborated on the successful ‘Vamos Juan’, and premieres a comedy starring Juan Diego Botto, who plays a man who, at 40, signs up for driving school. Accustomed to being the smartest, he soon realizes that he still has a lot to learn. In more ways than one.

Cobeaga has drawn on his own experience to create this series: “I got my driver’s license very late, at the age of 42, and everyone who found out about my late learning had to tell their own anecdotes or traumas from their driving school days.“. A perfect breeding ground for bringing out the most diverse characters: “They all had a peculiar driving school teacher, an examiner who had a thing for them and they remember the experience in the driving school as a source of comics to tell”.

From teacher to student

Pablo, the character of Juan Diego Botto, He will be accompanied on this adventure by Lucía Caraballo (‘I’m alive’) as Yolanda, his student at the university, but who will be his fellow student at the driving school. David Lorente plays Lorenzo, their teacher, a joker but also a hard worker. The family is completed with Leonor Watling, who plays the protagonist’s ex-partner, and Carlos Areces as Pablo’s brother, who is also a driving school teacher. Eugenia Cuaresma, Marta Larralde and Javier Cámara, who makes a very special collaboration, complete the main cast.

‘I don’t like driving’, a series by Sayaka Producciones for Warner Bros. Discovery, consists of six episodes that can be enjoyed on TNT. Its premiere will take place on Friday, November 25 at 10:00 p.m. with the broadcast of a double episode, and the rest of the chapters will premiere on Fridays at 10:00 p.m., also with a double episode.. They can also be seen on demand through TNT Now. TNT is available on the main pay television platforms, such as Movistar Plus+ (dial 35). Its on-demand service, TNT Now, is available on Movistar Plus+, among other operators.