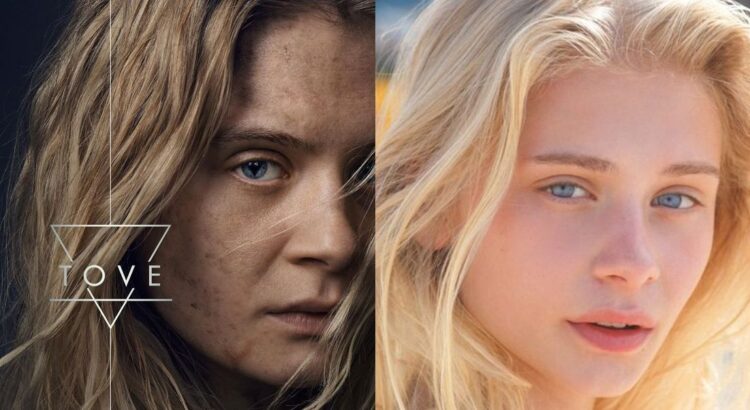 If something characterizes the series of Jantje Friese and Baran Bo Odar, creators of ‘Dark’ and ‘1899‘, are its choral casts and the large number of ramifications between its characters, which has hidden ties to the past, present and future.

The German series ‘Dark’ became one of the most watched series on Netflix 5 years ago, partly thanks to its temporal paradoxes and its intriguing characters who were sliding through different time lines and interacting with each other as in a puzzle. Many of us need to follow some of the elaborate sketches that appeared on the net so as not to get lost in the temporal and family tangle that their characters wove.

The first season of ‘1899’ has done it again. The Netflix series has started by featuring a large number of characters from all over the world gathered in a mysterious shipthe Kerberos, which promises to take them to America but ends up diverting its course when it finds a similar ocean liner adrift. A kind of tower of Babel spoken in several languages ​​(English, German, French, Chinese, Japanese, Spanish…) in which there is also room for a Spaniard: Miguel Bernardeu (‘Elite’).

‘1899’, which has quickly become one of the best series of 2022 on Netflix, has many parallels with its predecessor ‘Dark’ but also with one of the best series in history: ‘Lost’. The hatches of the Kerberos cabins, the flashbacks to the turbulent past of the characters, the black smoke (now turned into a kind of nanorobotic virus), the symbolism and the hidden details as references… The similarities between the new Netflix show and ‘Lost’ are multiple and evidentbut it remains to be seen if ‘1899’ manages to solve them better than the series created by JJ Abrams in 2004.

Apart from Bernardeu and Andreas Pietschmann, star of ‘Dark’the rest of the cast may be more unknown to us, although we also keep in mind Anton Lesser, one of the stars of the recent Star Wars series ‘Andor’, which has also just released its first season. But that’s what this list is for: So that we get to know more and better the cast of one of the best mystery and suspense series on Netflix today. Review with us the choral cast of ‘1899’ and meet the actors and actresses who give life to the protagonists of the mysteries of the series. Where have you seen them before? How are they in reality?

And, if you still want to, take a look at other similar lists of the best recent Netflix series such as who’s who in ‘Monster: The Jeffrey Dahmer Story’ or the photos of the characters and their actors in life from ‘The Crown’.

Maura Franklin is the protagonist of ‘1899’. The story begins with her, throughout the episodes we discover that she is the key to everything that is happening and, in the end of the first season, it is revealed that all the weight of the next batch of episodes will fall on her and her investigation about what is real and what is a simulation.

A Emily Beechamthe actress behind the character, we have been able to glimpse her briefly in productions such as ‘Cruella’ or ‘Hail, Caesar!but without a doubt his stellar role is what allowed him to win the award for Best Actress at the Cannes Film Festival starring’little joe‘, by Jessica Hausner.

Pietschmann is the captain of the Kerberos Eyk Larsenan officer haunted by his past who bravely faces the difficult decisions facing the liner.

The protagonist of ‘Dark’ works mainly on the German marketalthough the success of his series on Netflix may open the doors of Hollywood sooner rather than later.

Who is the mysterious passenger who boards the Kerberos after surviving the Prometheus tragedy? We can’t do spoilers, you’ll have to watch the series to find out.

You may remember him fromDunkirk’ by Christopher Nolanbut surely you have forgotten that he played Tommy Shelby’s doctor in the last season of ‘Peaky Blinders’.

The boy is the most enigmatic character of ‘1899’but if you get to the end of the batch of episodes, you will discover that it is the key to everything that happens aboard the Kerberos…

Fflyn Edwards is 13 years old. and is still starting in the world of interpretation. She debuted in 2020 in the series ‘The Snow Spider’.

tove is pregnant and he travels with the “tourist” class passengers, crowded together and without all the luxuries of the wealthy first class passengers. His mother believes that inside her she harbors a heavenly gift, but the origin of his son is rather tragic.

Model since she was 8 years old (she is now 26), the Danish Clara Rosager stood out in the Netflix series ‘The Rain’ and had a small role in the recent ‘Morbius’.

Kester is Tove’s brotherY the great scar that deforms his face It is closely linked to the reason why his family decided to head to America. She also seems to get along very well with Ángel (Miguel Bernardeau…).

Tønnesen shared the cast with his “sister” Clara Rosager in ‘The Rain’, and he is a regular of the most recent successful Danish productions such as ‘Borgen’ and ‘The cases of department Q’.

The enigmatic Virginia exercises a tight control over the Japanese mother-daughter pair, without it being initially clear what their relationship is. One more time, the solution is not nice.

the british Rosalie Craig has been lavished more in the theater than in the cinemabut perhaps you know his face from the recent series ‘Anatomy of a scandal’.

Ling Yi is a Japanese Geisha (sure?) with a sad and melancholic face. His presence on Kerberos is due to a deception and, like almost all of his fellow passengers, a death.

It is the first important role for Isabella Wei, newcomer in the industry.

Olek dreams of the Statue of Liberty postcard Sent to him by his brother while he is working tirelessly in the boilers of Kerberos. Although his past also hides something shady, we won’t find out exactly what until next season.

Polish by birththe best known role of Maciej Musial to date is the Sir Lazlo in the Netflix series ‘The Witcher’.

Jérôme is a stowaway (in every good ship movie/series there has to be one) who seeks revenge against one of the Kerberos passengers… Who?

The actor Yann Gaëlborn in Cameroon and nationalized French, has surprised at the Sitges Festival with the surreal action film ‘Saloum‘.

Clémence and her husband do not seem very enthusiastic about their honeymoon. Like EVERYONE else, it’s because they’re hiding something. Of course.

Although in ‘1899’ he has not yet stood out for it, Mathilde is a regular at the best recent action movieshaving participated in ‘Overlord’ and ‘Die Again’ with Mel Gibson, Michelle Yeoh and Frank Grillo.

Ramiro is a Spanish priest who… Well come on, you guessed it. He is neither a priest nor is he Spanish. Nobody is who they say they are in ‘1899’.

Actually Ramiro is Portuguese like his interpreter, the Lisbon Jose Pimentão.

It is not a joke.

YOU CAN NOT TRUST ANYONE.

Miguel Bernardeau has stood out in ‘Elite’but pay attention to the bombshell that the premiere of ‘The last one’, the series in which he stars with the singer Aitana (his partner in real life).