‘1923’: Harrison Ford and Helen Mirren prepare for war in the trailer for the series 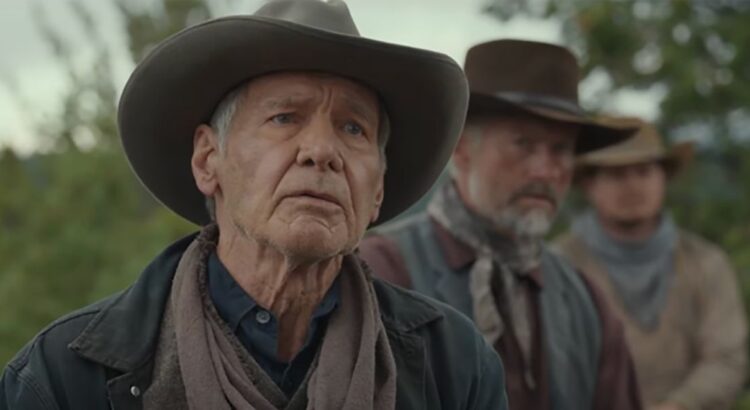 Paramount+ has released the first full trailer for ‘1923’, its upcoming series that is part of the ‘Yellowstone’ franchise, a series created from director and executive producer Taylor Sheridan.

This new limited series introduces a new generation of the Dutton family, and one that is no less plagued with violence and western style than its predecessor. Actors Helen Mirren and Harrison Ford play husband and wife Jacob and Cara Dutton, respectively. “Men kill fast with a bullet or a rope,” Cara, the Dutton family matriarch, says in the trailer. “But his fight is with me, and I kill much slower.”

At 80 years old, Ford returns to the small screen with this western. That’s not to mention what awaits in the cinema next year: the fifth installment of Indiana Jones will arrive in 2023, under the orders of James Mangold.

Set in the sprawling rural terrain of Montana, ‘1923’ takes place three decades before the birth of ‘Yellowstone’ protagonist John Dutton, played by actor Kevin Costner, and 40 years after the events seen in ‘1883’ , the first prequel to the ‘Yellowstone’ series. The story thus takes place in the early years of the 20th century, when pandemics, drought, the end of Prohibition, and the Great Depression ravage the mountainous West, the land the Duttons call home.

The series ‘1923’ will consist of two seasons with eight episodes each. This spin-off will premiere on December 18 in the United States. As far as Spain is concerned, the series will possibly be seen when SkyShowtime, the streaming service that will include Paramount + among other platforms, comes into operation.

Do the Duttons give for more? It looks like it is. Sheridan has also been developing a third ‘Yellowstone’ spin-off series, titled ‘6666’, which does not yet have a confirmed release date.

You can watch the official trailer for ‘1923’ below.

Mary Aller
In pre-adolescence he began to buy film magazines and thus established his love for movies, blockbusters or indie films, it didn’t matter.