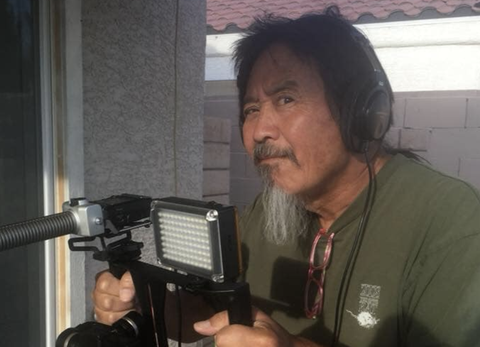 Albert Pyunthe director of the cult classics of the fantastic B series such as ‘Cyborg’, ‘Captain America (1990)’, ‘Nemesis’, ‘Dollman’ and ‘Radioactive Dreams’, passed away this weekend at the age of 69.

Pyun had been fighting multiple sclerosis for a few years, and had markedly worsened in health in recent weeks. His wife, the producer Cynthia Curnan, made an appeal in his Facebook earlier this month for the director’s fans to send him their love messages from all corners of the world: “Albert had another slump. I realized he was afraid he would fall again. He was working too feverishly. I asked him what’s the rush? He said “if i stop, that’s all“. He has been transported to a hospice unit, I will visit him tonight at about 5:30. Please, write him a message to read when he gets there. They think they don’t have much time left.”

The avalanche of messages from Pyun’s fans did not wait. Followers from all over the world remembered their favorite films by the directorfrom his debut with ‘Cromwell, King of the Barbarians’ to his latest works, including his unfinished project ‘Algiers’.

The messages of appreciation and thanks moved Pyun through his most difficult days, as Curnan acknowledged in an update to his post: “Albert cried tears of joy and sadness upon hearing all these messages.. She feels terrible for letting you all down by not being able to finish his last 2 movies. I wanted them to be a 6 part TV series. He worked and treated like a maniac; was all that really mattered to him. For Albert, failure has never been an option.”

Jean Claude Van Dammethe protagonist of ‘Cyborg’, also wanted to say goodbye to the director on social networks with an emotional message: “It is with great sadness and a heavy heart 💔 I will say goodbye and RIP, Albert Pyun.”