Baz Lurhmann, Bombay Sapphire and the tireless search for inspiration 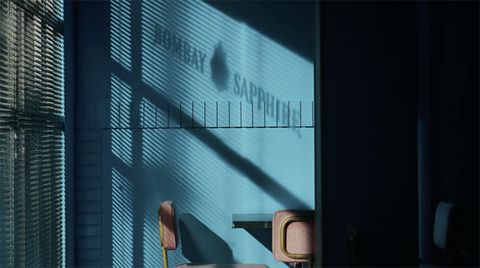 If there is someone who does not leave you indifferent in the world of cinema, that is the Australian film director Baz Luhrmann. Nothing in it is conventional. The son of a dance teacher and a farmer, he grew up developing a dreamy and personal world until reaching these days, with 60 years of life and 30 of career, located in a superlative status. Everything about him continues to surprise, including his new project: an alliance with Bombay Sapphire for discover and promote new talent and creativity worldwide thanks to the “My inspo, my art” campaign.

Everything is impressive in Baz Luhrmann, who after an unsuccessful attempt to start a career as an actor would end up opting for directing. Fortunately. He already surprised everyone with his first production, “Love is in the air” (1992), and broke the box office with “Moulin Rouge” (2001), already turned into a cult film. The last thing was “Elvis“, a simply fascinating film about one of the great legends of America and a biopic that, on the other hand, has nothing conventional. His look and his way of telling stories is as genuine as his personality.

The new, from the hand of Bombay Sapphire

Baz Luhrmann is now associated with Bombay Sapphire and becomes the Creative Director of the campaign “My Inspo, My Art” to make a creative call addressed to the whole world inviting everyone (you too) to discover inspiration that exists in oneself and around oneself.

“I sincerely believe that everyone is inherently creative, regardless of who you are, where you come from or what you do. You don’t have to be labeled an artist to be considered a creative person. If you give yourself permission to see the world as a gallery of inspiration and rethink your way of thinking, you will discover a part of yourself that you didn’t know existed”, he emphasizes.

It is about inviting the whole planet to Capture and share on their social networks what inspires them creatively and what they have done afterwards, using the hashtags #MiInspoMiArte and #SawThisMadeThis. “By associating with Bombay SapphireI want to encourage people around the world to think about how they can turn the ordinary into extraordinary and share this inspiration to make the world a more creative place”, explains the director himself.

Thanks to the collaboration of hundreds of artists and creators from various disciplines, the campaign will present before and after photos and videos of this creative exercise, demonstrating how we can all reformulate the way we look at the world around us and turn that inspiration into creative expression. As does Luhrmann himself. The launch aims to encourage everyone – from the most beginners to the most experienced creatives – to join the movement and unleash your creative talent.

The campaign will culminate in 2023 in a amazing display of world creativityin collaboration with arts and global organizations in London and New York, including the Design Museum, London (UK).

Luhrmann invites you to join the movement on social media using @BombaySapphire #MyInspoMyArt#SawThisMadeThiswith the possibility that your creations become part of a global showcase for creative inspiration at the Design Museum and other leading institutions around the world. “There is not limit for what can be contributed to the initiative and I am very excited to help inspire this next generation of creatives ”, warns the Australian director.

The beauty of everyday scenes

The visionary Argentine director John Cabral brings the creative philosophy of Baz Luhrmann to life in a short film about how to see the limitless beauty of the world around us in order to inspire the most creative minds to see the world as an impressive gallery. Shot on the streets of Buenos Aires, Cabral’s hometown and a place cited by himself as a source of his creative inspiration, the film takes audiences into a walk of discoveryinviting viewers to go outside, look around and see the world differently.

Inspired by a famous story from 1945, “El Aleph”, by the essential Argentine writer and poet Jorge Luis BorgesJuan Cabral uses a poetic excerpt as voice-over narration and the composition “Arabesque”, by Claude Debussy, to rock the viewer in a exquisite visual journey with the aim of awakening your creativity and inviting you to discover the extraordinary of the world that surrounds us.

“Work with Bombay Sapphire together with Baz Luhrmann it has been an incredible journey. With our joint passion for storytelling and turning everyday moments into something extraordinary, we hope to inspire people to rethink the way we see the world”, sums up the director. Because, indeed, the world is an art gallery that is waiting for you.