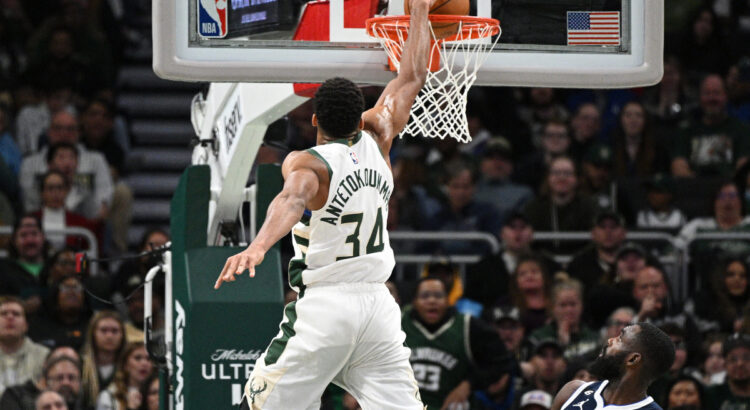 The Milwaukee Bucks of Giannis Antetokounmpo dominated this Sunday throughout the game at home to the Dallas Mavericks, 124-115despite the fact that the Slovenian luka doncic marked a double double.

Giannis also achieved a double doublemarking 30 points, 11 rebounds, 4 assists and a steal, while Grayson Allen lit behind the line triples, scoring 7for a total of 25 points, two rebounds and five assists. Bobby Portis he had another double double of 15 points and 10 rebounds.

For the visitors, three players reached more than 20 points. Doncic had a double double of 27 points, five rebounds and 12 assists, while Spencer Dinwiddie reached 22 points and Christian Wood to 21.

The bucks received in the best way the mavswho came to Fiserv Forum after lose their last three games despite the fact that the Slovenian is the top scorer in the entire NBA.

Doncic He made or assisted in all of his team’s points in the first eight minutes of the game, but as he has been recurring in the campaign, not even his great performances could stop the Bucks, that they went up 41-33 with five triples from Allen.

The halftime finished 73-62with a Giannis that still hadn’t turned on, scoring a humble 14 points, six rebounds and one assist, numbers below the monstrous performances he’s given ‘The Greek Freak’.

brook lopez Y antetokounmpo held the lead into the third segment, but a good start from Dallas closed the score to 104-96.

However, in the first five minutes of the final chapter the bucks they already had four players with contributions to the scoreboardwhile for Dallas only Doncic was present. The former Real Madrid player reached 27 points four minutes from the end of the game, but it was not enough to avoid a painful defeat 124-115.

the day of sunday 27 November ended as follows:

the day of monday 28 will face: