96% of patients with HIV in Mexico receive treatment: IMSS 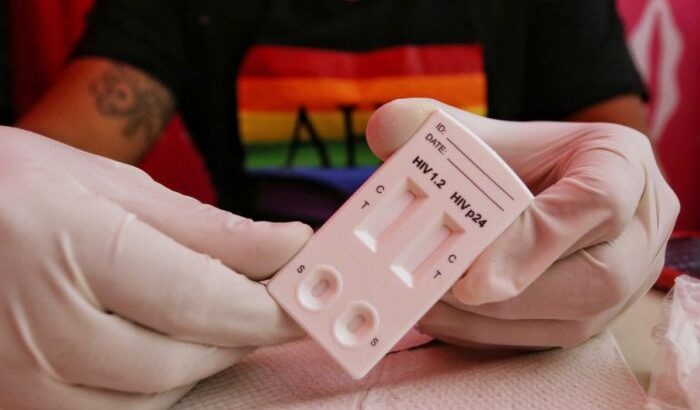 The Mexican Social Security Institute (IMSS) reported that the 96% of beneficiaries living with HIV in the country, receive antiretroviral treatment.

Thus, the IMSS exceeds the established goal by the Joint United Nations Program on HIV/AIDS (UNAIDS) which is 95%.

This December 1st, on the occasion of the World AIDS Day, The general director of the IMSS, Zoé Robledo, said that the Institute makes many efforts on a daily basis focused on the prevention, detection, treatment and monitoring of people living with HIV, such as optimization of antiretroviral treatment.

Among these, the following stand out: optimization of antiretroviral treatments, participation in mass detection campaignscombined prevention through detection in pregnant women and in the population at risk of acquiring this disease.

“They are implementing education protocols, awareness so that discrimination does not occur in the IMSS and there is always dignified and equal treatment,” said Robledo.

Dr. Sandra Treviño Pérez, head of the Special Programs Area of ​​the Clinical Excellence Division of the Health Innovation Coordination, reported that currently it has been achieved that 91% of patients have undetectable viral load.

“It does not mean that they do not have the infection.but the levels are so low that the standard viral load tests that determine the amount of virus in the body practically do not detect it, ”he explained.

He indicated that from the triple optimization strategy implemented at the sectoral level, 96% of patients with antiretroviral treatment in the IMSS take one of the two latest generation therapies based on inhibitors of integrase, mainly with bictegravir and to a lesser extent with dolutegravir.