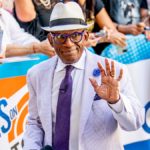 Al Roker is back in the hospital due to continued blood clot complications in his leg and lungs. He was released last week after missing his Macy’s Thanksgiving Day Parade hosting duties for the first time in 27 years.

Following the news, Roker’s co-hosts on “The Today Show” took a moment Thursday to send their love and support to him and his family on-air, while also sharing a message of gratitude to their beloved meteorologist’s fans.

“It was wonderful hosting the celebration, but, of course, we all wished that Al could’ve been with us,” Hoda Kotb said of last Thursday’s parade. “But, due to some complications, he is back in the hospital and he is in very good care. He’s resting and his doctors are keeping a close eye on him.

Kotb then added that fans’ continued support and well-wishes are very appreciated by Roker and his family.

“Al and his family want everyone to know how grateful they are for all the love, the support and the well wishes,” she said.

Kotb also added having the opportunity to FaceTime Roker with co-host Craig Melvin on Thursday following the parade, and he gave them a “bug thumbs-up.”

Then Melvin stepped in to share his own line of support: “We will see you back here soon, my friend.”

Roker first disclosed the news of his hospitalization via social media last month. Posting to instagramhe thanked “Today Show” fans for their “well wishes and prayers.”

“So many of you have been thoughtfully asking where I’ve been,” he wrote. “Last week I was admitted to the hospital with a blood clot in my leg which sent some clots into my lungs. After some medical whack-a-mole, I am so fortunate to be getting terrific medical care and on the way to recovery. Thanks for all the well wishes and prayers and hope to see you soon. Have a great weekend, everyone.”

See also  10 ways Batman is different in the Lego movies

It’s unclear how long Roker, 68, will be out on medical leave from “The Today Show.” But in wishing him a speedy recovery during last week’s parade, co-host Savannah Guthrie seemed to imply he’ll be out through the new year. 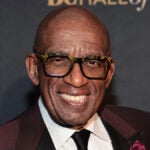