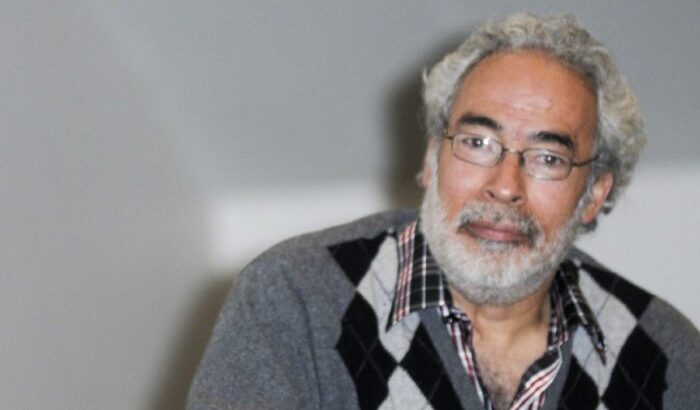 the first actor Alonso Echanove passed away this Wednesday at the age of 68, after marking the Mexican cinema, theater and television, informed his sister Mary of the SunThrough social networks.

After more than 50 years of experience, the man from Guanajuato made 96 movies Y 24 soap operasas well as more than a hundred performances.

Born on August 28, 1954, he was the son of the first actress Josefina Echanove, co-founder of the Contemporary Dance group of the University of Guanajuato, and brother of the journalist Peggy Echánove and the singer María del Sol.

With more than 50 years of experience, his talent was recognized on multiple occasions, including two Ariel Awards and the award for best Hispanic American actor of the moment.

For more than 20 years, Alonso Echanove directed the acting group University of Guanajuato and was the teacher of great professional actors such as Salma Hayek, Carlos Tavera and Luis Felipe Tovar, among others.

However, his life was also marked by an addiction to alcohol and drugs, such as marijuana and cocaine. As a result, he suffered five pre-infarcts and six cerebral infarcts, which caused him paralysis.

Currently, Alonso Echanove He is remembered for movies like Cuatro Lunas, Pandilleras, Lolo, La Vida Conjugal and Pueblo de Madera, among others. Likewise, his performances for television in La Telaraña remain in memory, as well as in novels such as El Extraño Caso de Diana Salazar, Martín Garatuza, and Amarte es mi Pecado.

Before the news, several entertainment figures mourned the loss, including the actor Edward Spain.

RIP our dear and excellent actor Alonso Echánove. A guy who made you want to hug. I hug you with affection, Marisela, you always giving love and support to your old man. My condolences also to @maria_del_sol and all your loved ones. Good trip teacher. pic.twitter.com/6xxG0YYl7S

Likewise, the mayor of Guanajuato, Alejandro Navarro Saldanarecognized his career in theater, television and cinema.

It is with deep sadness that we bid farewell to our first actor, Alonso Echánove, recognized in the first edition of the @BJXfestand that with more than 50 years of experience in theater, television and cinema has left us a great legacy to the people of Guanajuato ✝️ Rest in peace, maestro pic.twitter.com/GJ8yr8mh4g