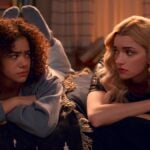 Under the agreement, projects produced by the duo via their Intrepid Pictures banner will stream exclusively on Prime Video in over 240 countries and territories worldwide.

“Mike and Trevor are remarkable at telling immersive, suspenseful stories that masterfully keep audiences engaged from start to finish,” Amazon Studios Television head Vernon Sanders said in a statement. “We are excited to welcome them to Amazon Studios and are looking forward to our global customers experiencing their genre-bending creativity.”

The move to Amazon Studios comes as Intrepid is wrapping up a multiyear series deal with Netflix.

“Amazon is a studio that we have long admired. Their commitment to engaging in groundbreaking series and content aligns with the ethos of what we have built at Intrepid,” Flanagan and Macy said. “We are looking forward to working with the entire Amazon team as we bring our brand of genre productions to the service and audiences around the globe.”

Most recently, Intrepid released “The Midnight Club”, based on the works of Christopher Pike. Upcoming streaming projects include “The Fall of the House of Usher” (2023), based on the iconic works of Edgar Allan Poe. 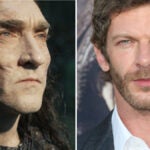 In addition, Intrepid’s big-screen projects include “Doctor Sleep” and “Gerald’s Game”, each based on a novel by Stephen King, as well as “Ouija: Origin of Evil”, “Before I Wake”, “Hush” and “ Oculus”—all written and directed by Flanagan and produced by Macy. Other Intrepid credits include “Eli” for Netflix and “The Strangers” for Universal.

See also  Is Daemon Targaryen bisexual? A scene deleted by HBO would imply that yes

Upcoming feature projects include “The Season of Passage”, written and to be directed by Flanagan. Intrepid’s feature production activities remain separate and apart from this deal.