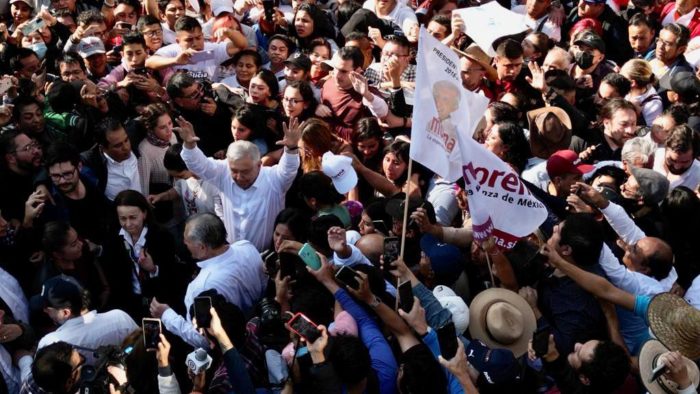 The approval of President Andrés Manuel López Obrador (AMLO) is of 55%, on celebrating four years of his government this Thursday, indicates a survey of The financial.

By contrast, 44% of the citizenry disapproves of the management of the president who began to govern on December 1, 2018 and will end his presidency in September 2024.

52% of those surveyed defined the current AMLO government as “transformation“, while 34% considered it “more of the same”.

41% of respondents rated the current federal administration as a success, while 31% estimated that it failed.

The survey indicates that 49% saw “hope” in these four years of government, while for 33% there is “disappointment” of the AMLO government.

The study asked people about the two marches last month: the one in defense of the INE and the one led by President López Obrador.

The first, which took place on November 13, registered an approval of 48% and 45% disapproval; while AMLO’s march divided opinions, since it had 45% support and the same percentage of rejection.

Respondents were also asked about the main works of the current government. For example, the Felipe Ángeles International Airport (AIFA) has 45% positive opinion and 34% negative. While the Mayan Train -which is still under construction- has 44% positive opinion compared to 37% negative.

Most of those interviewed (53%) highlighted the “honesty” of President AMLO; while 51% have a positive opinion of his leadership; and 42% his ability to give results.

Compared to his predecessors, AMLO currently has almost the same approval rating that Vicente Fox had at the end of his fourth year in office, when he registered 57%, while Felipe Calderón had 59%.

At the end of his fourth year in office, Enrique Peña Nieto had only 24% approvalwhich represents the lowest popularity of a president since these types of measurements began.

The financial adds that Carlos Salinas de Gortari he finished his fourth year with an approval rating of up to 80%, the highest ever.

The president’s spokesman, Jesús Ramírez, took up another survey on his networks, published by The universalwhich places AMLO with 64% approval.

In newspaper poll @El_Universal_Mx 64% of people support the president’s performance @lopezobrador_ and 56% recognize its social policy. 81% consider him a hard-working man; 76% honest and 66% with a simple lifestyle. Yesterday that social support was reflected in the street pic.twitter.com/6WLgl8MGDq