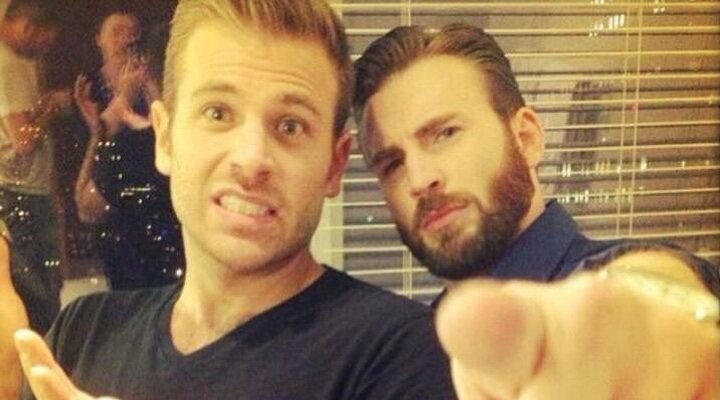 Chris Evans and his brother, Scott Evans, join the It Gets Better Project initiative, the Solidarity campaign that fights for the well-being of LGTBQ+ youth. The subject touches them very closely, since Scott openly declared himself homosexual 20 years ago. Since then, he and his family have devoted themselves to defending the rights of sexual diversity.

The Evans participated with a letter where they take stock of the reality of the youth of the group and the situation that the United States is going through with their rights: “They have been introduced more than 300 bills in the country with the aim of depriving children of their fundamental rights“they add. “In less than two weeks, when five people were killed and 19 others wounded in a shooting at Club Q in Colorado Springs, various lawmakers responded with their typical thoughts and prayers.”they affect emphasizing the detachment from the American political class with LGBTQ+ rights.

…you kind of HAVE to, right?

????????? See why they want you to support our LGBTQ+ youth this year (and every year) on #GivingTuesday:

The goal of the campaign is to raise $200,000 before the end of the year. The money will go to the youngest and most vulnerable in the community. Chris and Scott took advantage of the space to stress the importance of this gesture: “These kids are the future And, with support, it can be brilliant.”

Scott Evans is also an actor

Chris Evans needs no introduction, just his role as Captain America makes his face familiar to all. However, less is known about his brother Scott. The little one of the Evans He came out of the closet at the age of 19. Scott knows well what it is to be part of the LGTBQ+ collective, and knows how to interpret it. Throughout his career he has impersonated various homosexuals, especially on the small screen. His incessant activism makes him not part of the fear, which many actors still have today, of being cast exclusively in the role of homosexual. Soon we will be able to see him in the movie ‘Barbie’ by Greta Gerwig.