‘Does new royal racism row PROVE Meghan was right all along’ 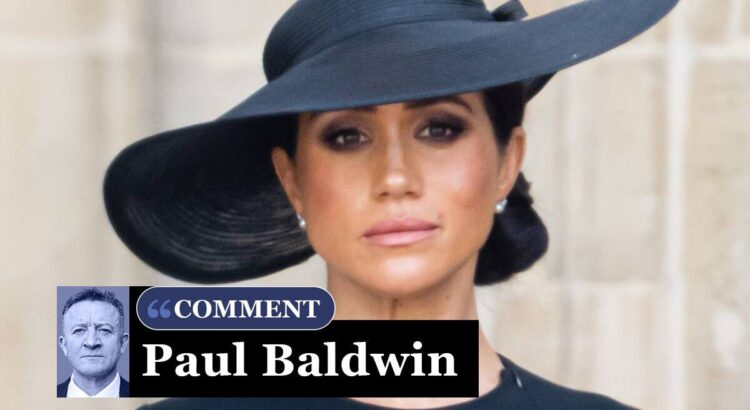 That one, as we have all become horribly aware over the last 24 hours, was issued by a spokesman for the Prince and Princess of Wales after William’s godmother inexplicably displayed levels of racism at Buckingham Palace we all deeply hoped had gone the way of the horse -drawn carriage.

In case you missed it, Lady Susan Hussey, 83, the late Queen’s longest-serving lady in waiting, interrogated Ngozi Fulani, director of east London domestic abuse charity Sistah Space, about where she was “really” from.

It was behavior which would have been deeply unacceptable 50 years ago – but in the third decade of the 21st century it is unfathomable.

That the questioning came at a Buck House reception hosted by Camilla to hail the work of domestic violence campaigners shouldn’t, but does, seem to make it worse.

Ms Fulani, who for clarity is from London, says she was shocked and upset that within 10 minutes of arriving she was being quizzed over what part of Africa she was from, as Lady Hussey moved her hair to see her name badge.

Showing remarkable grace and composure her initial tweet about the matter refused to name Lady Hussey and called for kindness.

It read: “Thanks everyone for their support. It is not our wish to reveal the person involved, it is the system that needs to be revised.

Yes, the person was offensive, but it serves no purpose to name & shame her, it would make us just as bad. We prefer that this be handled kindly.”

However, the Palace – specifically William – had to act swiftly and decisively, and to his credit, he did so.

The woman known to the late Queen as “number one head girl” was effectively immediately removed and a spokesman for the Prince and Princess of Wales said: “It is really important to note that racism has no place in our society”, calling the comments “unacceptable”.

First, it overshadowed the Queen Consort’s first solo engagement – and the important message about domestic abuse.

Secondly, it caused hideous embarrassment to Wills and Kate – and by extension the entire nation – as they touched down in the USA for their first American tour.

And thirdly, it once more blows open the royal racism claims made to Oprah by Meghan and Prince Harry.

Was Meghan right all along? Is our treasured royal family actually deeply racist?

It just seems hard to credit that of William and Harry. But the rest? The older generation? After Lady Hussey’s impossibly gauche behavior you wouldn’t necessarily bet against it today would you?

One of the royals’ fiercest critics, the activist Dr Shola Mos-Shogbamimu tweeted: “Meghan Markle and Prince Harry told you of racism in Royal Family & household. But she was vilified, abused & violated for speaking the truth.

“Ngozi Fulani’s experience with Lady Susan Hussey wasn’t isolated, one off or a ‘bad apple’ at Buckingham Palace. You can’t reform this.”

It should perhaps be noted Lady Hussey has expressed “her profound apologies for the hurt caused” – but again, the damage, the deep and profound damage to the royal brand and perhaps brand Britain, has been done (to say nothing of the damage and hurt to Ms Fulani).

In many ways Hussey is an anachronism – an aging remnant of an old school establishment (her brother is ex-Tory MP Lord Waldegrave and she was married to BBC board of governors boss Marmeduke Hussey).

But this does not give her an out.

As Ms Fulani pointedly noted yesterday in many, perhaps most, cultures older members of society are looked to for their wisdom and guidance.

Yet in Britain, whisper it quietly, all too often we almost make light of the racism of old people – as if it’s too late to change as if there’s something about the abhorrence of racism that is too tricky to understand if you happen to be the owner of a pension book.

And no human being, whatever their age, is too old to be reminded of that.