James Cameron is already thinking about ‘Avatar’ 6 and 7, but he would not direct them 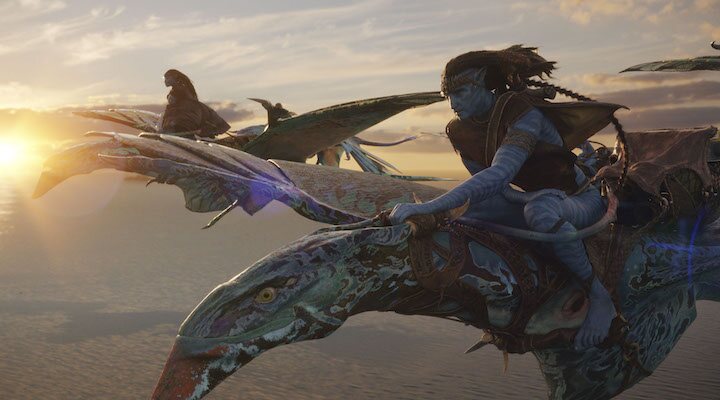 ‘Avatar: The Sense of Water’ hits theaters on December 16, 13 years after the first installment revolutionized the film industry and went on to become the highest-grossing film in history. From the beginning, Its visionary director, James Cameron, planned to expand the Pandora universe with multiple sequels.but it has not been until now that technology has allowed him to carry out his vision as he wanted.

Cameron announced a few years ago that he had four sequels planned, that is, up to ‘Avatar 5’. Parts 2 and 3 were shot back-to-back, with the fourth installment partially filmed. The premiere of ‘Avatar 3’ is guaranteed, since it is practically finished and Disney has it on its calendar for December 2024. But the life of the franchise beyond that third part will depend on the box office, as Cameron recently warned, who is aware that the market has changed, especially in recent years due to the pandemic. Initial forecasts put its US opening at around $175 million, but its run after the opening weekend is crucial, and nothing is guaranteed.

However, the director cannot stop looking to the future and is already thinking about what could come after ‘Avatar 5’. In a new report from The Hollywood Reporter about how ‘The Sense of Water’ was made, Cameron reveals that He already has plans for ‘Avatar 6’ and ‘Avatar 7’, although he believes that he will not be the one to direct themInstead, he will hand over the reins of his creation to other filmmakers to continue his vision.

“By then I will be 89 years old”says the director. “Obviously, I’m not going to be able to make ‘Avatar’ movies indefinitely, because of the amount of energy it takes. I would have to train someone to do it, because no matter how smart you are as a director, you don’t know how to do this.“. Cameron, who is now 68, also noted that he plans to make five or six more movies in the rest of his career, three of which will be sequels to ‘Avatar’. Now everything depends on how ‘The sense of water’ and ‘Avatar 3’ (even without an official title) do at the box office, but what is clear is that, if the public is interested, the saga could follow in the footsteps of ‘ Star Wars’ and continue until we all retire.

When does the pre-sale start for ‘El sentido del agua’?

There are barely two weeks left for the highly anticipated theatrical release of ‘Avatar: The Sense of Water’ and we finally know when Disney opens the ticket pre-sale in Spain. It will be today, December 1, starting at 10:00 p.m.. So tonight you can already get your tickets for the film event of the year, which of course, must be seen on the big screen and with the best possible technical conditions. As Cameron would want.

‘Avatar: The Sense of Water’ opens exclusively in theaters on Nov. 16.