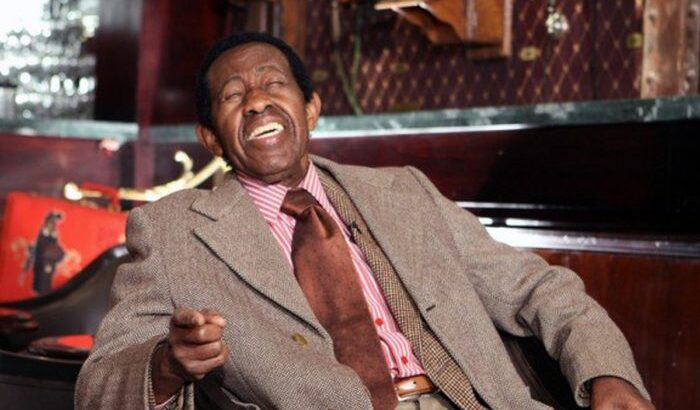 After a successful career in the Mexican media, the Cuban actor Jorge Zamora Montalvobetter known as “Zamorite”died Wednesday at the age of 94.

Although the causes of his death are unknown, entertainment journalists point out that it could be due to his advanced age.

The actor, composer and comedian had a diverse career, dabbling in fields such as music and television. However, he is mainly remembered for his roles opposite iconic Mexican comedians. Here we list some of them.

Starring a comedy duo of Eduardo Manzano and Enrique Cuencathe television series became a Mexican icon in the decade of the 70s for the satirical sketches of famous people of the time.

In the 1980s, national television aired the sketch show Televisa produced by Humberto Navarroin which actors such as Silvia Marichal, Francois Clemenceau, Poly Marichal and more, accompanied by tropical music to the rhythm of Chico Ché, Rulli Rendo, the Sonora Dinamita and many more.

Zamorita’s career also achieved success thanks to his participation in films alongside great actors such as German Valdes ‘Tin Tan’. Among the films where he collaborated is Tin Tan, the monkey man (1963), directed by Federico Curiel, as well as tintanson crusoe (1964), at the hands of director Gilberto Martínez Solares. With Germán Valdés, Zamorita also co-authored several songs, such as the song ‘Go Go Afrocán’.

In addition to his screen appearances, Zamorita composed songs that became famous as the ‘You teach me’, ‘The garbage’, ‘Mr. Judge’ and ‘Bómboro Quiñá Quiñá‘, which popularized the Sonora Santanera.

Added to these are the themes made in co-authorship with great figures of the Mexican artistic milieu such as ‘Hot Gossip’, with Arturo Castro.

Jorge Zamora Montalvo passed away this Thursday at the age of 94. From Havana Cuba, and son of Otilio Zamora and Gertrudis Montalvo, he was born on April 19, 1928 and since 1948 he began his career as an actor.

In addition to participating in movies, soap operas, and comedy sketches with actors like Eugenio Derbez, he composed iconic songs. He revealed himself as a composer for the first time when presenting the song Mi adversidad, according to data from the Society of Authors and Composers of Mexico (SACM).

During his career, he worked in both acting and music, and his performances and compositions earned him various awards and diplomas, both in his native country, Cuba, and in his adopted country, Mexico.

The news of his death caused shock and he was remembered by his relatives, various actors and Mexican figures, as well as by the SACM, the National Association of Actors and the Mexican Institute of Cinematography (IMCINE).

The National Association of Actors deeply regrets the death of our colleague Jorge Zamora Montalvo “Zamorita” member of our union. Our condolences to his family and friends. Rest in peace. pic.twitter.com/DDY0n7Je9W