Kimmel Says It’s No Wonder McConnell Voted Down Marriage Bill: He’s ‘In an Interracial Marriage – That’s Why He’s Against It’ (Video) 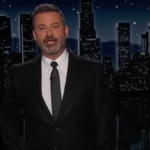 Jimmy Kimmel’s riff on the Senate’s passing of the historic Respect for Marriage Act on Tuesday was met with applause, laughter and groans Wednesday as the late night host took a bit of a jab at Kentucky Senator and Minority Leader Mitch McConnell.

Abbreviated as RFMA, the bill passed Tuesday to repeal the Defense of Marriage Act and require federal protections in the US that validate same-sex and interracial marriages while also protecting religious liberty. It was passed at a time when such issues are potentially on the line with the Supreme Court, who intimated while overturning Roe v. Wade in their Dobbs decision earlier this year that such protections may come into question next.

Kimmel celebrated the bill’s bipartisan nature, saying that “it passed with 61 votes, every Democrat and a dozen Republicans” who voted yes. But he bemoaned the Republican politicians who fell against it – 36 in all.

Especially befuddling to many is the fact that Kentucky Senator and Minority Leader Mitch McConnell voted against the bill, despite himself being in an interracial marriage. He married his second wife, Elaine Chao, an American businesswoman and former government official, in 1993.

But Kimmel thinks the reasoning behind McConnell’s hypocrisy is clear enough: He’s in an unhappy marriage.

“Thirty-six Republicans voted against the bill, including Mitch McConnell, who is in and interracial marriage – and that’s why he’s against it!” the host quit. 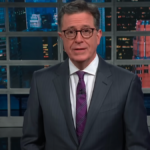