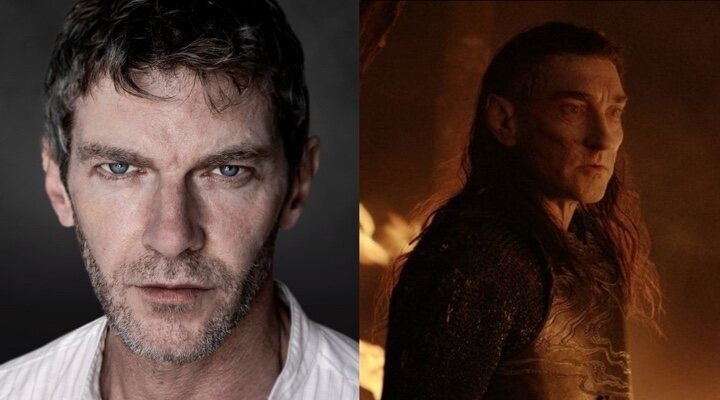 On September 1, ‘The Lord of the Rings: The Rings of Power’, the spin-off series of one of the most popular fantasy sagas in history, ‘The Lord of the Rings’, premiered on Amazon Prime Video. After the first contact with ‘Los Anillos de Poder’, those who have enjoyed the project will be able to do so for several more years, as it was reported that the plan is for there to be five seasons. But let’s take it easy, so far it has only been renewed for a second one that we still don’t know much about. Little by little, new details are coming out about the next adventure in Middle-earth and that is, through the official account of Twitter of ‘The Lord of the Rings, the new actors and actresses that will begin to be part of the series in the second season have just been revealed.

The seven confirmed performers to enter Middle-earth are Gabriel Akuwudike (‘Hannah’), Yasen Atour (‘The Witcher’, ‘Young Wallander’), Ben Daniels (‘Jupiter’s Legacy’, ‘The Crown’), Sam Hazeldine (‘Peaky Blinders’), Amelia Kenworthy (‘Spring Awakening’), Nia Towle (‘Persuasion’) and Nicholas Woodeson (‘Silent Witness’, ‘Roma’). It is still unknown which character each person will play, with the exception of Sam Hazeldine, who will play the orc leader, Adar. This role was played in the first season by Joseph Mawle, the reason why it has been decided to replace the actor is unknown.

Production on the second season, unlike the first, which was shot in New Zealand, began in the UK on 3 October. There is no official release date, but it would not be strange if it did not see the light of day until the end of 2023 or the beginning of 2024, at the earliest. The new installment is produced by JD Payne and Patrick McKay, the showrunners and executive producers of the first. They are joined by executive producers Lindsey Weber (‘Star Trek: Beyond’), Callum Greene (‘The Hobbit: The Desolation of Smaug’), Justin Doble (‘Stranger Things’), Jason Cahill (‘The Sopranos’ ) and Gennifer Hutchison (‘Breaking Bad’).

The actor who played King Théoden in the second and third installments of ‘The Lord of the Rings’, Bernard Hill, has shared in an interview with Meter His opinion on the spinoff series of the saga: “It’s a money-making adventure and I’m not interested in seeing that or participating. Good luck to them and all, but it’s not like the original.” When the actor was asked if the saga should have ended with the Peter Jackson trilogy, he replied:“Totally, yes.”

All 8 episodes of ‘The Lord of the Rings: The Rings of Power’ are Available on Amazon Prime Video.