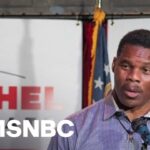 “Morning Joe” spent a good amount of time on Thursday lamenting the continued tailspin of the Republican Party as moderate, mainstream politics gives way to extremism.

Co-host Joe Scarborough particularly brought this to task in light of California Congressman and House Minority Leader Kevin McCarthy’s ongoing campaign for House speaker – an effort that sees him blessing to extreme right-wing politicians like Marjorie Taylor Greene in exchange for their support.

The latest example of the influence extremist ideology has on McCarthy is shown in his latest promise to investigate the Jan. 6 committee’s own investigation into the 2021 insurrection on the Capitol.

In short: Scarborough thinks it’s all a mistake, for no reason less than that the Republican Party’s continued centering of extremist ideals has led to a string of lost elections.

“But McCarthy, instead of trying to play to voters that they keep losing – by talking about taxes, by talking about balanced budgets, by talking about whatever Republicans want to talk about to get those suburban voters back – they’re doing these extreme things , virtue signaling, talking about investigating the investigators, and defending coming out and demanding justice for the January 6 rioters and insurrectionists.”

Ironically, Scarborough added, the rioters that McCarthy is now defending “are the very people who lost the suburbs for Republicans.”

“They’re running straight toward the same tornado that keeps knocking their house down,” he said.

At one point, Brzezinski turned to Scarborough and asked why this moment – ​​one in which conspiracy-based investigations are being called on by the Republican party’s furthest wing – wouldn’t be prime time for the party to course-correct its values.

“Isn’t this the opportunity for the Republicans, whether it’s the right thing to do, whether they wanna win, or whether they just don’t want to look stupid sort of trying to investigate Jan. 6 while the DOJ is doing their job – wouldn’t this be the moment to press reset and find that old Republican party again that actually had conservative values ​​and policies?” Brzezinski asked.

“You would think so,” Scarborough said. We talk about it every day: If you’re not going to do it for the right reason, do it for the wrong reason. Just do it, move away from extremism. This is simple, simple math.”

Watch the full “Morning Joe” segment in the video above. 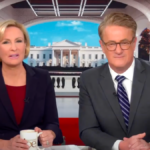