Revealed the cause of death of Jason David Frank (‘Power Rangers’) 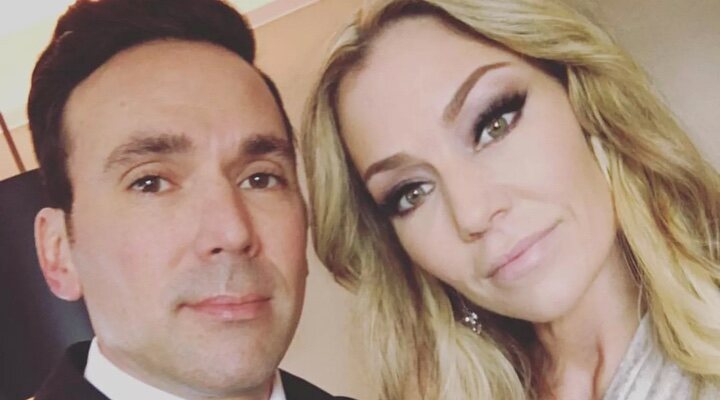 On November 20 it was confirmed that Jason David Frank, an actor known for playing the green Power Ranger in the 90’s series ‘Power Rangers’, had died at the age of 49. The person in charge of making the sad news official was his agent, Justin Hunt, but he did not share the reason for his death out of respect for the privacy of those close to the actor. Almost two weeks later, the widow of the deceased, Tammie Frank, has revealed in an interview with People that her husband committed suicide: “My name is Tammie Frank and my husband was Jason David Frank, who tragically lost his life to suicide last week.”

As soon as the news of the death of the actor became official, various media began to theorize about different aspects of the life of the deceased that could have caused him to go through bad times recently. These inventions have not pleased Tammie Frank, so In the same interview, she decided to talk about the situation her husband was going through and about the life they both shared with the aim of preventing incorrect information from being disseminated on such a sensitive subject for her.: “Even though Jason was a well-known man to some, we lived a very normal life with its ups and downs, just like anyone else. I have been shocked and saddened to see my family’s tragedy turned into a tall tale by the media. Ever since Jason’s death, I’ve been harassed online and can no longer stand to see my husband’s good name smeared.” Tammie Frank has explained that there were incorrect assumptions about the couple’s relationship such as that, at the time of death, they were in the process of separating. But Tammie has denied this, in fact the reality is the opposite: “Initially we planned to separate; that part is true. However, that is only part of the story. The part that hasn’t been told is that at the time of his passing we had called off our separation and were in the process of reconciling.”

Jason David Frank’s widow has explained that the day of the death they were on a weekend getaway and that the tragic incident happened when they returned to the hotel where they were staying after an event: “To help Jason wind down before bed, I went downstairs to get snacks from the front hall. I must have been gone less than 10 minutes. I went back upstairs and started knocking on the door without getting an answer. I knocked repeatedly and kept saying his name to get him to open the door. I don’t know if the hotel staff or a guest called the police, but after the police took me downstairs, they were able to open the door and found that Jason had taken his own life. He loved my husband and we were trying to work out our problems. His death shocked me as much as anyone else. The truth is, I had no idea Jason was thinking of ending things. Yes, I had mental health issues and depression before, but I could never predict what would happen that night.“.

Tammie Frank, who has been married for 19 years to Jason David Frank, has said that their nearly two decades of marriage had their ups and downs and problems, but this past year had been “especially hard”. In 2021 Shayla, Tammie’s daughter who was also raised by Jason, died, a tragedy that destroyed the emotional stability of the couple, according to Tammie. It was the moment in which they decided to divorce, “We didn’t know what else to do”revealed Frank. However, six weeks ago they tried to resume their relationship after the death of a friend close to both of them, an event that “It helped make them aware that they still loved each other and that they shouldn’t give up.” As part of the attempt to reconcile, the actor planned a weekend getaway to a country dance event, which she loves. “It was supposed to be a fun weekend getaway, and instead I lost the love of my life. Jason was a good man, but he wasn’t free from his demons. He was human, just like the rest of us.”

See also  RHOD: Everything there is to know about D'Andra Simmons