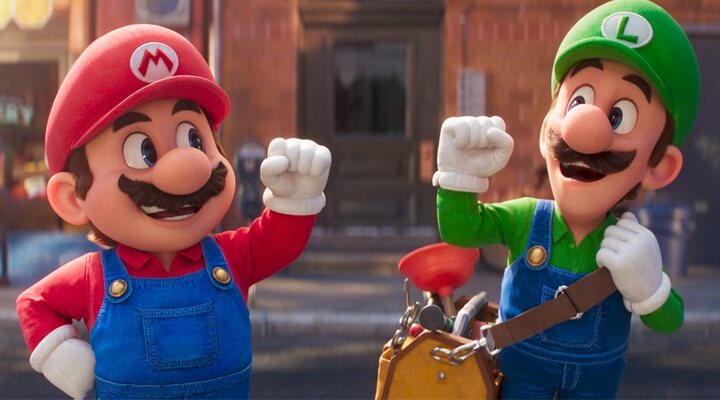 Universal Pictures recently released a second trailer for ‘Super Mario Bros.: The Movie’, Nintendo’s animated plumber film created by Illumination Entertainment. As already happened with the first advance, the voice of Chris Pratt as the mustachioed protagonist has once again aroused debate. He is joined by Anya Taylor-Joy as Princess Peach and Seth Rogen as Donkey Kong, two of the characters that have been seen for the first time in this second trailer. Meanwhile, in Spain we hold our breath waiting for the official voice cast of the film to be announced.

The Spanish dubbing that we hear in this second preview hides a very cool curiosity. The translator Javier Pérez Alarcón recently pointed out on Twitter the coincidence that the dubbing actors who lend their voices to Mario and Luigi, brothers in video games, are also brothers in real life. They are Guillermo Romero and Rafa Romero, and it has been a bit of a thing of fate. Guillermo is the usual dubbing actor for Chris Pratt (we’ve heard him in the UCM, in ‘Jurassic World: Dominion’ and in ‘The Final List’, for example). Rafa, for his part, is the usual Spanish voice of Charlie Day, chosen as Luigi for the English dubbing. Pérez Alarcón points out one more detail: Rafa Romero already dubbed Mario’s brother in the 1993 live action film, in which John Leguizamo played Luigi.

Waiting for the final cast

Keep in mind that the voices in the trailers do not have to end up being the voices chosen for the final version of the film that will hit theaters (you just have to remember the one that got involved when Disney released trailers for ‘Finding Dory ‘ without Anabel Alonso, for example). However, one only has to look at the responses to the trailer tweet on the Universal account to see what a very early campaign is being formed to demand that they maintain a cast of professional voice actors and not cast famous actors or people to give voice to such iconic characters.

As of today, the trailers complete the cast of main voices with Laura Pastor (regular voice of Emma Watson in Spain) as Princess Peach, Nano Castro as Bowser and David Robles as Toad. ‘Super Mario Bros. The Movie’ will be released in Spanish cinemas on March 31, 2023. It has been directed by Aaron Horvath and Michael Jelenic from a script by Matthew Fogel.