The ‘Vicious Bear’ scene that is “like a mini ‘Fast & Furious'” 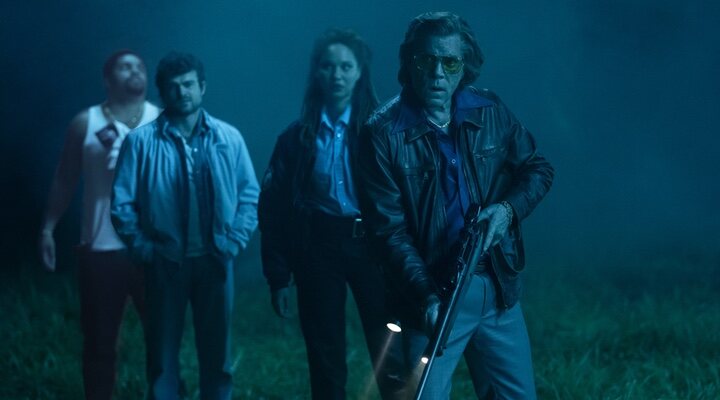 “If what you want is to live an original experience in the cinema, this film fulfills what it promises in the title”says Elizabeth Banks in statements to eCartelera. ‘Vicious bear’, a mixture of war films, comedy, action and suspense, according to said filmmaker, which she is in charge of directing; she boasts of having “a special and unique tone” that has been built as a result of a search for inspiration that includes the most unexpected films such as… ‘Fast & Furious’.

‘Vicious Bear’, which has just released its first trailer ahead of a theatrical release on April 5, 2023, has recently had a special projection in which said advance has been shown accompanied by a scene designed keeping in mind the saga starring Vin Diesel. As described by the attendees, such as the North American media slashfilm, the sequence in question begins with a pair of young paramedics answering what they believe to be a routine call at a national park visitor center. When they arrive they find the cake: mutilated bodies and a seriously injured ranger, played by Margo Martindale. Said character tries to explain what happened, but before she can give the warning, the bear that gives the film its name makes her appearance. It is then that a crazy chase breaks out, led by a coke-ridden bear who throws himself behind an ambulance that in turn tries to avoid the trees as best it can..

“When I read this sequence in the script”Banks comments on the script signed by Jimmy Warden, I remember thinking: ‘I want to do like a mini ‘Fast & Furious’, one of that kind of scene where one of the cars is a bear and the other car is an ambulance driven by idiots.“. Apparently what was shown in the special event would quite fit the director’s description, with an adrenaline-pumping hunt that later evolves into a bloody and chaotic scene. Those present at the pass ensure that the sequence would fit the start of the film and that suggests a mixture between eccentric comedy and visceral terror.

See also  The Flash: Wally West had the PERFECT job for the world's fastest man

Based on a true story

“We based the story of Andrew Thornton throwing cocaine out of his plane as the starting point. The film tells an imagined idea of how were the 24 hours after, when the bear first found the cocaine“, says Banks in his interview with eCartelera. What happened in the mid-80s fascinated this filmmaker who she finds “Interesting that the authorities never found the cocaine”. Former narcotics officer turned drug dealer Andrew Thornton died after being forced to drop the drugs he was carrying on his plane and parachute out. Following this, months later, a “a black bear that had consumed about 30kg”. “For us there was an unfilled gap in the information, and we wanted to tell what the hell could have happened”.