Why are exotic parrots already invading 15 autonomous communities in Spain? 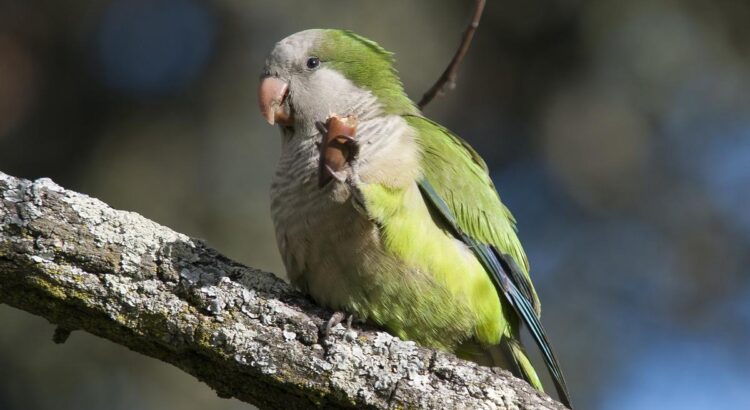 The Argentine parrot (Myiopsitta monachus) and Kramer’s (Psittacula krameri) they are a symbol that represents the phenomenon of invasive species, at least in cities. And it is that both species have expanded throughout the Iberian Peninsula since 1991, reaching all corners, although they have always preferred an eminently urban life. In fact, an article recently published in the magazine Diversity and Distributionsled by CREAF researcher Laura Cardador, shows that cities and highways have been the springboard that have allowed both parrots to colonize the Peninsula and have been permanently established.

And it is that it is a species in rapid expansion. The first record of the Argentine parrot dates from 1975 in the city of Barcelona. Already in the early 80s it was also detected in Madrid and Puerto de la Cruz (in Tenerife). Currently, according to the last SEO/BirdLife census in 2015, The species is already distributed in at least 15 autonomous communities, 27 provinces and 142 municipalities, its main breeding centers being Madrid and Barcelona.

Regarding the Kramer’s parrot, according to the study database, the first record in the Peninsula is from 1970 in Zorita (Cáceres). In the early 1980s, it would also have been observed in La Laguna (Tenerife), Maspalomas (Gran Canaria), Gijón (Asturias), Málaga, Almería and Santarem, in Portugal. According to the 2015 SEO/BirdLife censuses, the Spanish population is distributed in at least seven autonomous communities and one autonomous city (including 13 provinces, one autonomous city and 34 municipalities).

This study reinforces an idea that has been working for some time in the scientific field: human habitats play a very important role in the expansion and permanence of invasive species. These habitats include cities, but also others that human beings have degraded, peripheral areas and infrastructures that connect all these anthropized areas.

See also  The Kids in the Hall TV Review

What are the reasons? On the one hand, Kramer’s and Argentine parrots have expanded thanks to the voluntary or involuntary release of individuals from cages in cities, where they lived as pets. However, this would not be the only explanation, since these parrots have colonized new places in the Peninsula after 2005, when the commercialization of these species was already prohibited in Europe.

In this sense, the research team believes that the great connectivity between humanized environments has been another important reason. Parrots that live in cities can move comfortably from one place to another following human infrastructures (roads, railways…) that connect cities or other environments that humans have altered. With this movement they have been able to colonize new urbanized environments throughout the territory.

Finally, the study shows that the parrots they seem to already have a pre-adaptation to living in cities, because they already tolerated it well in their environment of origin. This implies, for example, that they take advantage of the lack of predators in cities to survive and reproduce successfully, that they are capable of developing innovative behaviors to avoid dangers or threats, or that they take advantage of a wide variety of resources to feed themselves.

Much of the data used in the study came from citizen science platforms, where Citizens have been posting information on parrots seen in different parts of the Peninsula from 1991 to 2016. “Citizen science and the observations recorded over almost a century in different media, yearbooks and ornithological newsreels, atlases or websites can be integrated into mathematical models that help to better understand how biological invasions occur,” Cardador points out.

See also  'Grease', the series: These are the Pink Ladies of the prequel

This study helps us to understand that the parrots have expanded linked to human habitats. According to Laura Cardador, “now the model we have developed can be a good first approximation for help prioritize management actions because it can identify sensitive areas to receive new colonizationas well as areas where we could expect further impacts, both from interference with human activities and with sensitive species.”

The study has been carried out by a team of people from different institutions such as the Doñana Biological Station (EBD-CSIC), Seville, the University of Montpellier, the Leibniz Institute for Zoo and Wildlife Research, in Berlin, the Pirenaico Institute of Ecology (IPE-CSIC), Zaragoza, University of Seville and Pablo de Olavide University, also of Seville.