Early Oscar Predictions: The Audience Is Staying Away From Awards Movies, But Will Voters Care? 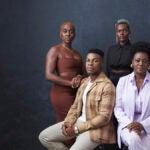 One by one, the movies that are supposed to have been in the thick of the 2022-23 awards race have been released to a tepid reception. “Tár,” “The Banshees of Inisherin,” “Till,” “She Said” and even the presumed front runner, Steven Spielberg’s “The Fabelmans,” have underperformed at the box office at a time when almost every movie underperforms, hurt by a scarcity of product that has prevented people from getting back into the film-going habit.

(Or, perhaps, it has moved the filmgoing habit from multiplexes to living rooms, where viewers can be assured that any movie they’re interested in seeing will end up momentarily.)

But does the box office slump affect the awards chances for “The Fabelmans” or “Banshees” or “Tár”? Coming less than a year after “CODA” won Best Picture with a total US gross of less than $2 million (granted, that came in a year in which theaters were more affected by the pandemic), it’s hard to say that disappointing ticket sales will be a major blow to a film’s awards chances – except that strong grosses could have given all of those films a boost with voters, pushing them to the top of the screening queue.

But that’s the real question: Not what the grosses mean, but what voters who to a large degree haven’t even seen these movies will think when (and, I suppose, if) they get around to watching them. This column mentions around two dozen movies, and I bet that the vast majority of the 9,000-plus Oscar voters haven’t seen more than 10 of these films yet, even though shortlist voting in 10 categories begins in 10 days and nomination voting begins in a month and 10 days.

(In shortlist categories like documentary and international film, the dedicated groups of voters should be well into double digits by now, and I know many voters who are.)

At this point, we know what played well at festivals and we know what the critics like and what the audience has gone to see; we don’t know what film professionals will respond to, except anecdotally, and we won’t until the guilds begin to vote. (The first nominations will be announced in early January.)

Until then, here are some thoughts on the Best Picture contenders.

“The Fabelmans” has Spielberg, a group of top acting contenders led by Michelle Williams and Judd Hirsch, and a sense that it’d be an easy consensus favorite come final voting in March. But that’s a long way away, and Spielberg’s films have been here before and then fell short. Still, “What’s going to beat it?” is a question without any persuasive answers at this point.

The Academy would like nothing more than a slate of Best Picture nominees that is full of movies that the viewing audience has heard of and might even have seen. Big hits are often scarce at the Oscars except in the animation and visual-effects categories, but there are an unusually large number of films that could qualify this year, led by the year’s top-grossing film, “Top Gun: Maverick.”

Baz Luhrmann’s “Elvis” isn’t as sure a thing, with Luhrmann’s extravagant films not landing a best-pic nom since “Moulin Rouge!” more than two decades ago. But it remains a solid contender, as does Ryan Coogler’s “Black Panther: Wakanda Forever,” which is battling both the comic-book movie stigma and the Oscar bias against sequels. Some of its thunder may also have been stolen by Gina Prince-Bythewood’s “The Woman King,” another Africa-set film of Black female empowerment that premiered a couple of months before “Black Panther.”

Finally, the biggest hit in the history of A24, “Everything Everywhere All at Once,” is the kind of frenetic, adventurous film that Academy voters would normally ignore – but the nomination round of Oscar voting rewards passion rather than consensus, and there are probably more than enough members who’ll respond to its wild energy and want to reward Michelle Yeoh and the return of Ke Huy Quan.

The fall festivals showcased plenty of films that fit the typical awards profile: serious dramas, typically made on a fairly low budget, that receive critical acclaim and fill most of the Best Picture slots in a typical year. The three strongest entries in this field may be Sarah Polley’s “Women Talking,” intense and surprisingly uplifting; Martin McDonagh’s “The Banshees of Inisherin,” wickedly funny until it gets very twisted; and Todd Field’sTar,” cerebral with a scorching performance by Cate Blanchett.

Darren Aronofsky’s “The Whale” resembles “Tár” in the sense that it has an undeniable lead performance (by Brendan Fraser) though the film itself may not connect with enough voters, while Maria Schrader’s “She Said” will need a boost from Hollywood voters for whom the story of the New York Times reporters who helped bring down Harvey Weinstein resonates. And while Sam Mendes’ “Empire of Light” was largely dismissed as a contender after its Venice premiere, Olivia Colman’s bold central performance and its rich evocation of the power of cinema (a favorite topic this year) could make it a sleeper.

Oliver Hermanus’ “Living room” is also in the category of a potential sleeper, another film buoyed by a monumental lead performance. This one is by veteran British actor Bill Nighy, who is such a popular presence on the awards circuit that he could move the needle for an uncommonly understated and moving period drama adapted from the 1953 Japanese film “Ikiru.”

The big movie that has yet to be seen by voters (or anyone else) is “Avatar: The Way of Water,” but next week will bring the first screenings of James Cameron’s long-in-the-works sequel to his 2009 multi-Oscar nominee. One has to assume it’ll be huge, and you underestimate Cameron at your own peril, but a fantasy/sci-fi sequel is not automatic Oscar bait, except in the below-the-line categories.

Other question marks include Damien Chazelle’s “Babylon,” which was hated by lots of critics but is so big, so bold and so jaw-droppingly excessive that it just might impress the hell out of enough voters. (One Academy voter grabbed me in the lobby after the first screening and said she wished it was an hour longer – this after sitting through its three-hour-and-eight-minute running time and a post-screening Q&A).

Then there are Netflix’s two big hopes, “Glass Onion: A Knives Out Mystery” and “Guillermo del Toro’s Pinocchio”; the former is a thoroughly crowd-pleasing Rian Johnson comedy, not a genre loved by awards voters, and the latter is darkly imaginative stop-motion animation battling to become the first animated film nominated for Best Picture in more than a decade.

Other films hoping to find a way into the race include Antoine Fuqua’s harrowing drama “Emancipation,” which is not helped by mixed early reviews and the fact that it stars and was produced by Oscar persona non grata Will Smith; Cannes Palme d’Or winner “Triangle of Sadness,” a wicked and at times completely over-the-top satire; the Oscars international entries “All Quiet on the Western Front” (brutal, from Germany) and close (gentle, from Austria); James Gray’s unsentimental coming-of-age story based on his teenage years, Armageddon Time; Ron Howard’s cave-rescue drama “Thirteen Lives,” which is trying to mount an Oscar campaign after a very brief theatrical run and summer streaming release; and Marc Forster’s “A Man Called Otto,” which stars Tom Hanks, a onetime Oscar favorite who has gotten surprisingly little awards love for the last two decades.

As I said earlier, we don’t really know what voters are thinking at this point, and the next round of awards and nominations – Critics Choice, Golden Globes, National Board of Review, New York and Los Angeles film critics – won’t tell us much.

But knowing that it takes about 850 votes for a film to land a Best Picture nomination, here are the films we think will have the support to get there. Most of these are consensus picks as the race enters December, although I suspect “Living” will be a surprise.

Note: The Academy has had a huge increase in members outside the United States over the last six years, and the Best Picture category has contained a film not in English for the last four years in a row. At the moment I’m predicting the streak to end, but that could be a risky prediction. 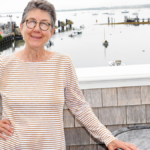