Here’s What The Midnight Club Season 2 Would Have Been 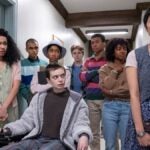 Even though the fireplace has been extinguished, the stories explored in Netflix’s “The Midnight Club” live on.

Co-creator and executive producer Mike Flanagan has made good on his promise to unfold the mysteries set up in the first season of the YA thriller series following its cancellation by the streamer, which TheWrap exclusively reported on Thursday. Flanagan and Trevor Macy’s Intrepid Pictures have been behind several beloved horror-tinged Netflix series, including “The Haunting of Hill House,” “The Haunting of Bly Manor” and “Midnight Mass,” as a result of their overall deal (now wrapping up as they head to Amazon Studios), but “The Midnight Club” marked the first show designed to be ongoing.

“My biggest disappointment is that we left so many story threads open, holding them back for the hypothetical second season, which is always a gamble,” he wrote in a tumblr posts. “So I’m writing this blog as our official second season, so you can know what might have been, learn the fates of your favorite characters, and know the answers to those dangling story threads from the first season.”

Read on for a summary of what “The Midnight Club” Season 2 would have looked like and for answers on those Episode 10 cliffhangers:

How Season 2 kicks off

Flanagan wrote that the series’ second installment would kick off with Amesh (Sauriyan Sapkota) and Natsuki’s (Aya Furukawa) love story continuing as the former’s glioblastoma rapidly advances. The first few episodes would focus on the couple as Amesh nears her death.

At the same time, Ilonka (Iman Benson) would be dealing with the fallout of putting her trust in Julia Jayne (Samantha Sloyan), all while leaning on and expanding her romantic relationship with Kevin (Igby Rigney), who is also quickly approaching the end of his terminal illness. In an effort to encourage him to “stay alive a little longer,” Ilonka begins a serialized story based off of Christopher Pike’s book “Remember Me” with the star of the story being none other than Ruth Codd’s Anya. The writer-producer said he was most excited for this aspect of a potential Season 2, given that the source material is one of his favorite Pike novels by him. The tale follows a teen girl who is pushed off a balcony and awakens as a ghost, which forces her to reconcile with being a spirit while also trying to solve her own murder of her. In true allegorical “Midnight Club” fashion, the story would serve as a vehicle for Ilonka to make peace with her own death.

“Because this is how we live on, isn’t it? In the minds of those we leave behind. And Ilonka would use REMEMBER ME as a way to imagine her dear friend Anya, waking up as a ghost, navigating the afterlife,” Flanagan explained. “And this sets up one of the best mechanisms of the show – even if a character dies, as long as they’re remembered by members of the club, they live on in their stories.”

See also  Dragon Age: Inquisition - Why Highland Ravager is the most dangerous dragon

Who is the Janitor and what does the Shadow represent?

As Amesh succumbs to his illness, he’s visited by the Janitor seen in Season 1 (played by Robert Longstreet), who comforts him on his deathbed. With subsequent deaths in the season — after Amesh, Natsuki — it’s reinforced that the Shadow represents death. However, toward the end of the installation Ilonka would discover that the Janitor is death personified—only visible to the Brightcliffe patients—and that he’s nothing to be afraid of. As for the Shadow, the idea is taken from “Remember Me”; as Ilonka wraps Shari’s story up, it’s revealed that she’s being pursued by a dark entity known as The Shadow—an extension of herself.

“The Shadow is THEMSELVES. It’s the Unknown. As it engulfs someone, in the last moment of their life, it takes them through a place of understanding and catharsis, preparing them for the next step,” Flanagan wrote.

That’s what happened to Anya in Season 1 and why her episode delved into a fantastical future life beyond Brightcliffe: As she accepted her death and passed beyond, she saw visions of a final catharsis that allowed her to return to her original form with a broader depth of understanding. 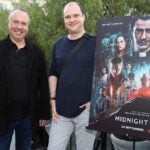 Following Amesh’s death, another patient would arrive at Brightcliffe. While Flanagan and the creative team had yet to crack who exactly that would be, they did envision the character as Ilonka’s new roommate, taking up Anya’s old bed from her.

“Ilonka would find herself being initially cold to her – just as Anya was when Ilonka arrived. Even feeling like this new girl shouldn’t necessarily be ushered into the Club. But of course they would develop a beautiful friendship over the course of the season,” he said.

At this point, Cheri (Adia) would tell her first story (in Season 1, members of the Midnight Club admonished her for never taking point on one). Flanagan said that the tale could have been drawn from Pike’s “Monster,” the synopsis for which, from Goodreadsis below:

She said she killed them because they were monsters. Mary Blanc walked into the party with a loaded shotgun. In the blink of an eye she blew two people away. She wanted to kill more, but she was stopped by her best friend, Angela Warner, and the police. The next day, when Angela visits Mary at the jail, she asks why she did it. Mary responds, “Because they were no longer human.” Angela thinks she’s crazy. At first.

Until she probes deeper into Mary’s claims and discovers a horror so unimaginable that she thinks she is going crazy. She even gets to the point where she wonders if she should have let Mary keep on killing. While there was still time to stop the thing from spreading. The very old thing. The hungry thing.

Flanagan wrote that the team “really wanted” to explore the advances in HIV treatments that came about in the late 1990s as it related to Chris Sumpter’s Spence. The HIV cocktail was released in December of 1995 and Flanagan envisioned the character riding out “the swell of antiviral advancements” and no longer being classified as terminal by the end of Season 2. He would follow in Sandra’s (Annarah Cymone) footsteps in Season 1 , leaving Brightcliffe to manage his illness and live his life. 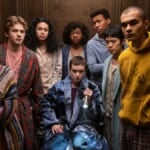 Who is Dr Stanton?

One of the main questions remaining in the final moments of Season 1 is Dr. Stanton’s (“A Nightmare on Elm Street” star Heather Langenkamp) true identity and loyalties. In Episode 10, she is seen taking off her wig from Ella, revealing a bald head and a neck tattoo of Paragon’s half-filled hourglass symbol.

It turns out that she’s the daughter of Aceso, the original Paragon cult leader. Her nickname of hers was Athena, and she’s the one who penned the Paragon journal that Ilonka found. Her tattoo of her is a result of being indoctrinated into the group as a teen. After witnessing her mother’s atrocities, she turned on the cult and helped its child members escape. Stanton’s maiden name is Georgina Ballard, hence the initials Ilonka found carved into the tree in Season 1.

Following her escape from Paragon and her mother’s death, Stanton reclaimed Brightcliffe in hopes of changing into a locale that “celebrated life,” Flanagan said. “She was trying to undo her mother’s legacy from her and leave something behind that was beautiful.” The reason why she’s donned a wig is, as some might have guessed, that she’s undergoing chemotherapy. Flanagan envisioned her treatment de ella as successful, with her remission journey becoming part of an introspective arc where she would have to reconcile her health de ella with that of the kids’ terminal diagnoses at Brightcliffe.

As Benson and Rigney said themselves, the Mirror Man and Cataract Woman are glimpses of Ilonka and Kevin’s past lives, meaning that the two are soulmates and will find each other in every iteration of their livelihoods. In addition to that, the Mirror Man (Ilonka) and Cataract Woman (Kevin) were Brightcliffe’s original builders, Stanley Oscar Freelan and his wife. Since the couple knew this current life would be a short one, they agreed to find each other in the home they built.

“They’ve been ‘remembering’ who they are, and glimpsing their former selves in reflections, and sometimes when they look at each other. This is also why Ilonka’s very first words to Kevin in S1 were ‘Do I know you?’ and why Kevin thought she was familiar as well. They are two souls who always find each other, again and again,” Flanagan explained. 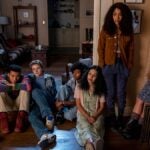 The origin of the home is as follows: Stanley (named after The Stanley Hotel builder Freelan Oscar Stanley, which inspired “The Shining”) built the home because he was dying and believed the seaside air would help him. It did and while he outlived his initial diagnosis of him (also true of the real Stanley), his wife of him began experiencing dementia and eventually developed cataracts. She would wander the halls, looking for him (“Darling!”) and would forget to eat (“I’m starving…”), eventually refusing to leave the basement. “Heartbroken for her, Stanley painted the walls to resemble the woodland view, and the ceiling to resemble the night sky, so that it would be a little more beautiful for her,” Flanagan wrote, adding that Stanley added a labyrinth on the floor, a technique used to curb the effects of dementia.

“So while they seemed scary in season 1, that was just how Ilonka and Kevin’s mind were trying to remember their pasts,” the producer explained. “We even had their faces distorting in ways consistent with how memories degrade over time.”

After Kevin’s death, the Shadow makes its way to Ilonka, giving her a “remembering” and an understanding that she has nothing to fear. She and Kevin will meet again.

How Season 2 would end

Per Flanagan, Cheri would conclude the season as a story told to a whole new table of patients, including “Midnight Club’s” new series leads. Most of the original cast would exist as such, recounted to the next “class” of storytellers at the table, all of whom the audience will get to know throughout the course of the installation.

“Well, that’s it… that was what we had in mind,” Flanagan concluded. “It’s a shame we won’t get to make it, but it would be a bigger shame if you guys just had to live with the unanswered questions and the cliffhanger ending. I loved making this show, and I am so proud of the cast and crew. Particularly our cast, who attacked this story with incredible spirit and bravery each and every day. But for now, we’ll put the fire out, and leave the library dark and quiet. To those before, and to those after. To us now, and to those beyond. Seen or unseen, here but not here. I’ll always be grateful that I got to be part of this Club.” 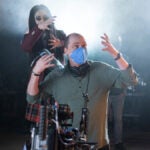