Why ‘Louis Armstrong’ Director Was ‘Floored’ By Interviews 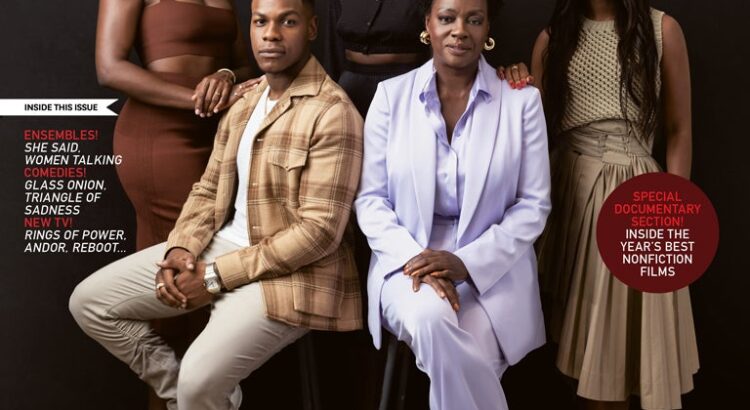 A version of this story about “Louis Armstrong’s Black & Blues” first appeared in the Guild & Critics Awards/Documentaries issue of TheWrap’s awards magazine.

Louis Armstrong was a titan of American music and one of the most popular entertainers of the 20th century, but his protean talent was at times ignored by those who thought he’d watered down his gifts to pander to a mainstream audience. Sacha Jenkins encompasses all sides of the monumental artist in a film that makes use of a treasure trove of audio recordings Armstrong left behind.

What was your initial exposure to Louis Armstrong?
I grew up in Queens. I knew there was a school named after him. I knew that he was a master at his instrument and that he could sing. But coming up in the ’80s and being a fan of Public Enemy and coming into my consciousness as a young Black man, Armstrong, based on what I was told about him, just didn’t fit into my consciousness. I knew the hits, but I never invested any time into knowing who he was because the perception that I had was that this guy was not about it, as they would say. And when Imagine called me with the opportunity to do the film and I did the research, I was completely floored by who Armstrong really was.

Who he was couldn’t have been more opposite of the perception I had of him or what I was told to believe about him. So it was such a great opportunity to tell a story about someone who, if you know anything about him, you think one thing, but really the truth is completely opposite of that.

See also  Morbius: The scenes of the trailer that have disappeared from the final cut

But he wasn’t just one thing—he was a monumental figure who had so many sides to him. You could make a whole documentary series about him.
I’ve heard that one before, but this is the time we got. We tried to really maximize the opportunity. You know how it is — you’ve written about music, you were a music journalist at one point, as I was, and one criticism from a critic was, “Oh, there’s not enough musicology in there.” But I felt it was really important to tell the story of the man, because you can’t understand the music if you don’t understand the man. So my goal was to help people understand the man and give you enough information on the music to give you a baseline sort of entry level into his music. But his music by him is so vast and influential that you’d need several episodes to unpack that, and I couldn’t do that in one episode, one film.

Did you know that you would have access to these often brutally frank tapes that he made, telling his own story?
Yeah, that was one of the most appealing things. He wanted people to know about him, so there’s a vast archive of his personal effects and belongings of him. And when I learned that we would have access to Armstrong himself, to his voice, it doesn’t get any better than that. He’s able to put so many things into context. Whether or not he was a sellout? He tells you straight up in the film, in his own voice. He’s having a very open and honest conversation with a friend, so it’s like, “Oh, because you smile in a particular way, you’re a sellout.” And he’s like, “Get the f—outta here. I’ve never sold out in my life.” When you hear Armstrong using such strong language and being a human being, that was like, “All right, sign me up.”

youhe film includes people talking about him, but it’s almost always audio-only, not video. Was that always the plan?
Yeah. When you have Armstrong’s voice, what else do you need? It would be really jarring if you’re listening to Armstrong and then you cut to a talking head. This approach keeps you in Armstrong’s head, in his process, in his life and his of him, in his world of him.

The story told by Ossie Davis is one exception to that. He talks about feeling as if Armstrong was always performing for white people, and then catching him on a set when nobody was around and seeing the hurt and pain and anger in his face. It’s a riveting story, and we watch him tell it.
Obviously, the way he — I don’t wanna say he performs it, but the way he expresses himself is very powerful. The information on Ossie Davis’ face alone as he talks about Armstrong tells you a lot. And that moment crystallizes the thesis of the film and puts the nail on the coffin in terms of the perception of who he was. I think Ossie really captures who he was, who he really was, the true Armstrong.

I mean, you would think that I somehow got that out of him, that I somehow got someone to say that. It’s almost like I tell people that I believe Armstrong is the co-director on his film, because he left behind so many breadcrumbs and so many things that he would make for an incredible film. He had the foresight to leave all of his belongings behind so people can study and appreciate him. I wouldn’t be surprised if he knew that one day, based on all the stuff that he left behind, someone would make a film like this. So I gotta give him at least half of the credit.