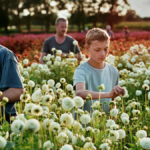 This story about “All Quiet on the Western Front” and director Edward Berger first appeared in the International Film issue of TheWrap’s awards magazine.

Erich Maria Remarque’s classic antiwar novel “All Quiet on the Western Front” was adapted into an acclaimed movie by director Lewis Milestone in 1930, winning the third-ever Oscar for Best Picture. The harrowing story about young men sent to fight in the trenches of World War I, told from the perspective of teenage German soldier, later had a television adaptation in the 1970s — but the new Netflix film by Edward Berger marks the first German-language adaptation of a book that was banned in its home country when the Nazis came to power.

The film is Germany’s entry in the Oscars international race. Berger spoke to TheWrap in Netflix’s Hollywood offices.

Why adapt “All Quiet on the Western Front”?
The main reason to make it is because it’s a German book. When the producer suggested it, it felt so obvious. It had been sitting there waiting to be made, and no one had done it. But also, there’s a fundamental difference in the perception of war if it comes from a perspective of someone who won, or who liberated Europe. That comes from a place of heroism and sometimes also glorification: “We won, we beat the enemy,” and so on. And I totally understand — that’s the heritage, rightfully so.

But Germany is the only country in the world, to my knowledge, that two times in the last century succumbed to their destructive impulses and brought terror to the world out of a sense of nationalism and superiority. And that leaves us a sense of guilt, shame, terror, horror. Nothing good came out of it, you know? Just scars and damage. So automatically, a war film made in Germany will feel very, very different than an American film.

One thing in your film that wasn’t in the book or the American film is to contrast the soldiers in the trenches with the German high command sitting comfortably as they send boys off to die.
Yeah. I wanted the contrast between that perspective and the mud. First of all, we started the movie two-and-a-half years ago, when we felt political movement in America, political movement in England with Brexit, Hungary and France voting right-wing… In institutions that safeguarded 70 years of peace in Europe, language crept in that felt more aggressive and more confrontational and more nationalist.

There was demagoguery and propaganda. I felt reminded of a time that we already had 100 years ago, and it felt to me timely to make a movie, even though there wasn’t a war yet. And then a couple of years later, this is what it leads to. The kids in our movie, they’re basically indoctrinated by propaganda and manipulation and demagoguery. And that’s not too dissimilar from today in other countries where people think it’s completely right to attack others because somebody up there uses language that makes them believe it.

The high command is not in the book, it’s invented. And we invented it for two reasons. I wanted to create that contrast, and therefore highlight or heighten the sense of futility and senselessness that these kids go through. But the main reason was that Remarque wrote this book 100 years ago, when the First World War was still very present in people’s minds. Now we’ve forgotten about. It’s been overshadowed by the Second World War, by a century of history. And so I wanted to remind us of the circumstances. Because when Germany signed the treaty, some people created the myth that politicians stabbed the military in the back and they would have won if we hadn’t given up. And from that point, there was a rising nationalistic resurgence that said we were betrayed. It was the seed, and I wanted to shed a light on how the end of the first World War was just the beginning of the Second.

When that nationalistic resurgence happened and the Nazis came to power, the book was banned. Does it have a presence in Germany today?
And it is. A big reason why I made the film is my daughter. She was 17 at the time, and I brought this project up to my wife. When I do this, the kids usually get up and leave the table, because they aren’t interested. (laughs) But when I mentioned “All Quiet on the Western Front,” my daughter whipped around, looked at me and said, “I just read it in school, it’s the best book I’ve ever read, I cried five times, you have to make it.”

See also  The Many Saints of Newark hints that Tony is a genius: why this is not a Retcon

The film was clearly a massive undertaking.
It was very complicated. I drove to set these battle scenes in the mornings with my DP, and I almost cried because I thought, “We’re never gonna finish this.” It felt a little bit like a big wave that would crush us. And there were days when team members came to me with their Fitbits, wearing heavy rain gear, and they’d say, “You know what? I ran more than half a marathon today in full gear.” Or 500 extras running through the mud and the rain wearing felt uniforms that soak up the water.

It was exhausting, physically demanding and very expensive for a German movie. (laughs) But you’d probably be surprised by how cheap it was in comparison to an American movie.

How important was it that your lead character, Paul, be played by an unknown actor?
It was extremely important. The first picture I saw for this role was a photograph of Felix (Kammerer), the actor that we eventually chose. He’s in a very famous theater ensemble in Vienna. He just got out of acting school and he lays smaller roles. We flew him in because he has a great face, an old-fashioned face, transparent and sensitive. And he was great.

But I’m the person who goes into a shop and says, “This suit looks great, but I’m gonna try all the other ones too.” And then I go back to the first one. So I looked at probably 500 actors. We fly it Felix back in from Vienna four times, and the best call I ever made was calling him saying, “Do you want to play this role?”

See also  The EU is preparing a plan to stop China and Russia in Latin America; Under the sacred peace of the Taliban wounds deepen and hopes wither and more | Headlines of the world 08/18/2022

The main thing was, the story’s about the loss of innocence, how a kid turns into an emotional cripple and a killing machine, and how you cut off every emotion that you have in order to save yourself. Because even if they don’t kill you, they’re gonna kill your innocence. And to portray that innocence, I wanted someone that a German audience doesn’t associate with another role. It really was his first day of him in front of the camera, the first day of the shoot.

How carefully did you have to plan for the immersive battle scenes?
We sat down for months to plan and storyboard every shot, especially of the battle scenes, to try to figure out how to do it. We wouldn’t design a shot without knowing how it would be possible to shoot it. And if you now compare the storyboards with the edit, it’s pretty much exactly the same.

I always try to put the audience into the main characters — mainly in our case, the protagonist Paul Bäumer. I want the audience in his shoes from him or right there over his shoulder from him so that they get a visceral experience, the physical experience of what this kid is going through. I want them to come out of the movie and feel like, “I just went through this.” 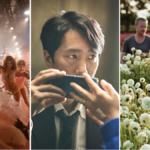