It’s time to face the music….one last time as Marvel Studios releases the official trailer for the upcoming Marvel superhero sequel film Guardians of the Galaxy Vol. 3. View trailer below.

Peter Quill, still reeling from the loss of Gamora, must rally his team around him to defend the universe along with protecting one of their own from a new devastating enemy. A mission that, if not completed successfully, could quite possibly lead to the end of the Guardians as we know them.

Wow…really cool! As many readers know, I am a big fan of the MCU movies, especially the ones with the Guardians of the Galaxy (or any type of superhero team-up movie that they are featured in). I loved the GoTG films and tales (both in the comic books and in the movies), especially since the narrative usually invokes a sense of classic sci-fi action of storytelling. The movies in general showcase the notion as well as speaking to the MCU formula, with plenty of laughs and heart along the way. This new trailer for the upcoming projects looks great and showcases the same type of energy and camaraderie from the previous installments yet teases the somber tone of everything coming to an end, with director James Gunn promising an “end of an era” with the conclusion of Vol.3. I am curious to know how the movie will end and how it will set-up future events for either possible spin-offs or even a new Guardians team. It’s hard to say, but one that I am curious. In the end, I’m super excited to see where this third outing will take our favorite “band of space misfits” on and who will be left standing in the end. Only time will tell…. 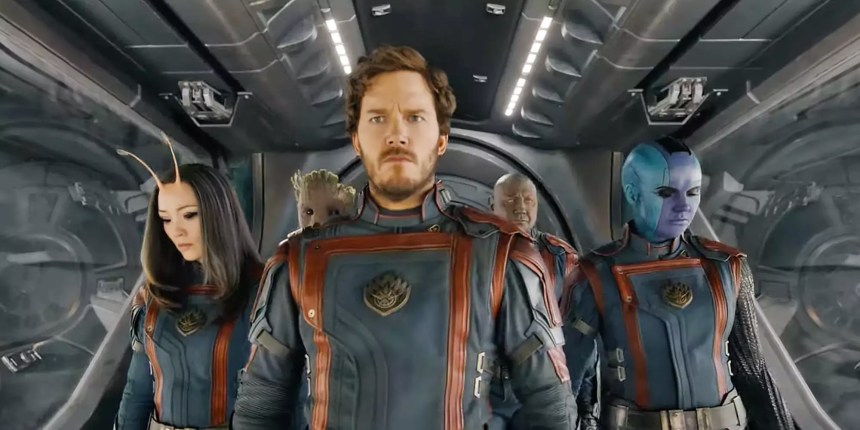 Guardians of the Galaxy Vol. 3 arrives in theaters on May 5th, 2023