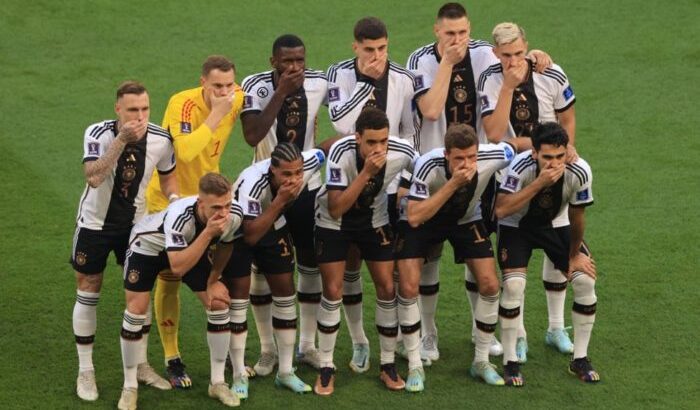 On November 23, the players of the German soccer team covered their mouths with their hands. during the team photo before their first game against Japan, corresponding to Group E of the Qatar 2022 World Cup, as protest against FIFA bans during the international jousting.

The gesture of the Germans comes in the midst of the controversy where The governing body of international soccer threatened the teams with sanctions if they carried the call “OneLove” bracelet, in support of LGBTQI+ communityas homosexuality is illegal in the host country.

The team led by Hansi Flick got 4 points during their participation in the World Cup with a goal difference in favor, result that placed him in the third position of group E.

Alluding to the protest by the Germans, television hosts in the Asian country they put one hand over their mouths and shook the other back and forth simulating as a farewell to the German National Team, after being eliminated in the first phase of the World Cup.

The video was shared by the official account @Qattar_Affairs on Twitter and generated interaction among netizens; some joined the mockery of the Qataris and others criticized the actions of the communicators. 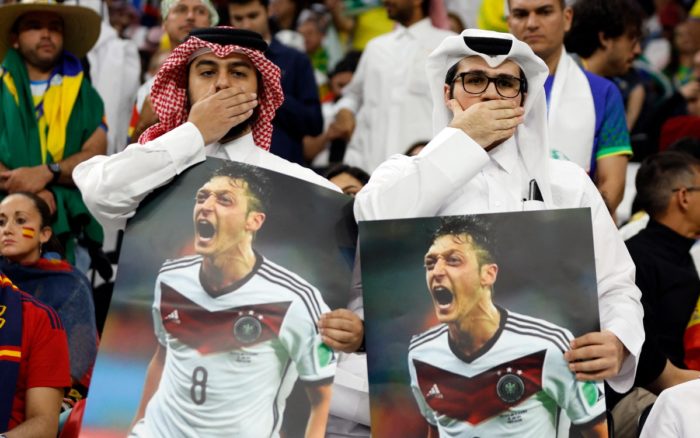 Another similar event occurred during the match between Spain and Germany, where several fans present brought photos of Mesut Ozil and they covered their mouths reminding the German National Team of the racism and xenophobia that the World Champion in Brazil 2014 experienced in their camps.