The Weeknd Reveals ‘Avatar: The Way of Water’ Collaboration 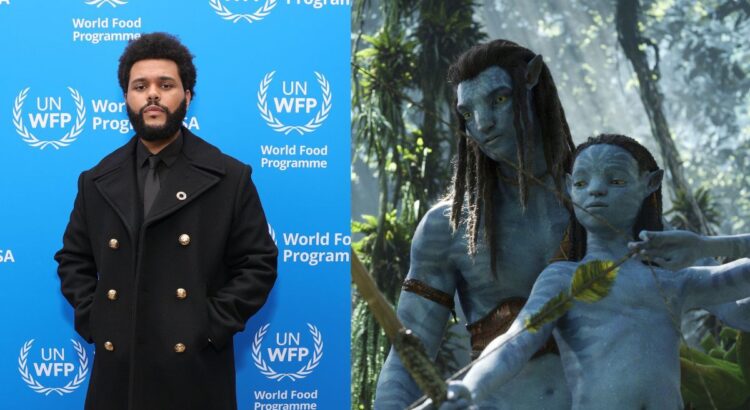 The Weeknd has revealed a collaboration with “Avatar: The Way of Water” in a tweet posted Sunday.

The artist posted a video with an audio snippet of new alongside a shimmering blue “A” with the franchise’s signature logo. The caption shares the date “12.16.22,” which marks “Avatar’s” theatrical debut.

The official Twitter account for “Avatar” confirmed the collaboration by posting a video of the account hitting the follow button for The Weeknd with the caption “#AvatarTheWayOfWater x @theweeknd,” which the artist then retweeted.

“Avatar” producer Jon Landau also gave the singer a formal welcome to the franchise, tweeting “As the Na’vi say, ‘Zola’u nìprrte’ soaiane Avatar’… Welcome to the Avatar family” with a photo of himself and The Weeknd .

The collaboration was announced just hours after the “Avatar: The Way of Water” cast arrived in London ahead of the film’s world premiere on Dec. 5.

Set 10 years after the events of the first film, “The Way of Water” tells the story of the Sully family (Jake, Neytiri and their kids), the trouble that follows them, the lengths they go to keep each other safe, the battles they fight to stay alive and the tragedies they endure.

The long-awaited sequel is written, directed and produced by James Cameron and will feature returning cast members Sam Worthington and Zoe Saldana, while Sigourney Weaver will appear in a different role than the first film. “The Way of Water” is the first of four sequels Cameron has planned for the “Avatar” universe.

See also  Will Viggo Mortensen ever return in a future 'Lord of the Rings' project?