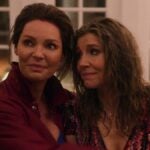 Recently renewed as an anthology series for two more seasons, the first installment of “Monster” hails from Ryan Murphy and Ian Brennan, following the infamous serial killer Jeffrey Dahmer (Evan Peters). The true crime show has dominated viewership on the streamer, spending seven weeks on the Netflix Global Top 10 and reaching the Top 10 in 92 countries. It also broke into the Most Popular English TV list of all time in less than two weeks, currently ranked at No. 2.

“Dahmer” also broke a record on the Nielsen streaming list, becoming the 10th most-watched streaming debut ever. Later on, it climbed up to become the seventh most-viewed streaming program in one week in the US, holding a No. 1 spot for three consecutive weeks.

Despite the show’s popularity, the series has drawn intense backlash for its sensationalizing of Dahmer, with the victims’ loved ones coming forward to say the series has been “retraumatizing” for them. In response, Murphy said he had reached out to the families about the making of the series and hadn’t heard back, adding that the show was made to honor the victims. The writer-producer also said he would pay for a memorial for those lost in Milwaukee, which Thomas M. Jacobson—who represented eight of the victims’ families during the Dahmer trial—dismissed as an “afterthought.” 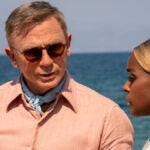