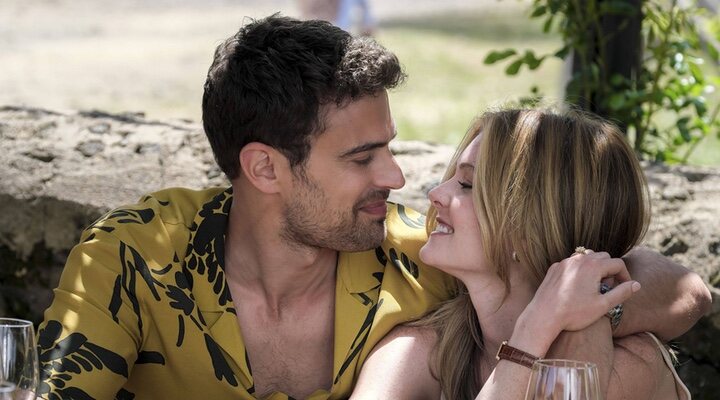 Since its premiere on October 30, the second season of ‘The White Lotus’ is giving a lot to talk about. However, one of the moments that has shaken up social networks the most is in the first episode and it lasts just fifteen seconds: it is about the explicit nude of Cameron Sullivan (Theo James) in the presence of Harper Spiller (Aubrey Plaza)which is shown without any shame while putting on one of her husband’s swimsuits.

like woah theo james really have it all.. pic.twitter.com/jImXvI9hWk

“Wow, Theo James really has it all.”

Seeing the size of the member, which was clearly seen despite being in profile, rumors of a possible prosthesis surfaced.. In an interview at the Show of Jimmy Fallon, the presenter has not missed the opportunity to joke about it: “People thought it was the Loch Ness monster”. He congratulates him on it, but the actor doesn’t take long to confirm the rumors.

“It’s a prosthesis”he admits, also laughing at the size of the piece. “Thank God! You’ve made a lot of men feel great right now.”Fallon responds. Previously, they had been making a lot of jokes about it, with Fallon telling her: “Stay seated, I don’t want you to get tired; we will take you out of here in a wheelchair”and James responding “sometimes I can’t breathe because of how much it weighs”. However, the actor reacted with the same surprise as the fans when he saw the prosthetic for the first time. When the makeup department told her he’d be wearing a prosthetic, It was fine with him, but he stated that he wanted it to be something inside “the normal”. However, as everyone has seen, the result was very different.

The makeup manager said “Understood, normal”but when he shows him the final prosthesis, James says that it seemed “a hammer, or even bigger: it looked like it had been stolen from a donkey. It was gigantic”. He recounts that both he and director Mike White were stunned when they saw it. “Is that normal?”joked the actor, who says that both called their partners to “apologize”. The prosthesis in question “It was over 9 inches in the flaccid state and was like four inches in diameter, we were like ‘what the hell is that?'”.

Theo James comments to Jimmy Fallon that his great concern with the nude was that “distracted” from the scene. Ultimately, it points out that “The scene isn’t about that, it’s about power dynamics in sex, about whether he did it on purpose, about whether it was an accident, what it means”. Her co-star Meghann Fahy has claimed that the nudity in the series “they are never arbitrary”but “They’re always character-based and move the story forward. [historia]”. We’ll have to wait and see if the last episode also has a ‘plot-moving’ moment that’s as buzzworthy as it gets.

* The last episode of the second season of ‘White Lotus’, titled ‘Arrivederci’, premieres on next sunday december 11 on HBO Max.