They intimidate searchers with shots in Huitzilac, Morelos 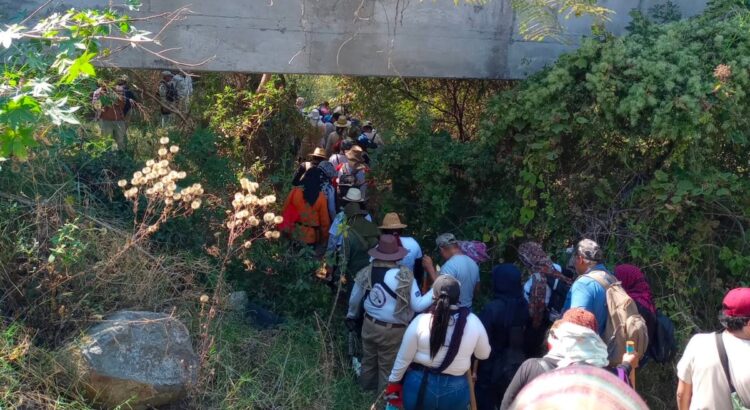 With shots fired into the air, families searching for disappeared persons were intimidated while prospecting for the search point in the municipality of Huitzilac, denounced the VII National Brigade for the Search for Disappeared Persons (BNPD), after alerting that federal and state authorities have failed to comply with previously agreed security measures.

Members of the BNB engaged in the tasks of the Field Search Axis and the Identification Axis, were intimidated by unidentified persons who fired repeatedly in the vicinity of the search site between 1:10 p.m. and 1:20 p.m., with the intention to stop the proceedings that were taking place there.

Through a statement, the brigade stressed that the Mexican State it does not have the capacity to guarantee the life and safety of the seekers.

“This situation highlighted, once again, the risks that the search implies for the relatives and the lack of capacity of the Mexican State to guarantee the life, safety and integrity of the families that autonomously organize themselves to search for your loved ones”.

According to information from members of the Brigade, they arrived in the wooded area before noon; They first entered by transport, for 15 minutes, and later they walked for approximately 20 minutes until they reached the point of interest.

Fortunately no one was injured and they managed to leave the area by applying a security protocol implemented by the Humanitarian Peace Brigade, Marabunta.

According to experts, the detonations were carried out with high caliber weapons.

Huitzilac is a municipality where logger gangs and criminal groups, dedicated to kidnapping and extortion, have taken over the area, reveals official information.

The BNB denounced that during the months of September, October and November there was dialogue and agreements with Federal and State authorities but each of the agreements have been breached, mainly in terms of security.

“These conversations and agreements were built during the months of September, October and November at the federal level with the Secretary of National Defense and National Guard (SEDENA-GN), the National Search Commission and the Attorney General of the Republic (FGR) already state level with the Morelos State Security Commission (CES-Morelos) and the State Coordination Table for the Construction of Peace. However, and despite the commitments assumed by these institutions, the minimum security conditions have not been covered, as was demonstrated today after the incident in the municipality of Huitzilac”.

They stressed that this non-compliance reflects the lack of commitment to the life, integrity and security of the more than 150 families, who from 27 states of the Republic met in Morelos to look for their loved ones.

In the letter, the BNB stated that the attacks suffered and the lack of guarantees on the part of the authorities of the Mexican State to guarantee the safety of the families in their search, are intended to limit, minimize and stop the work.

However, despite the incident and the lack of security, the IIV BNB in ​​Morelos continues with the search work.