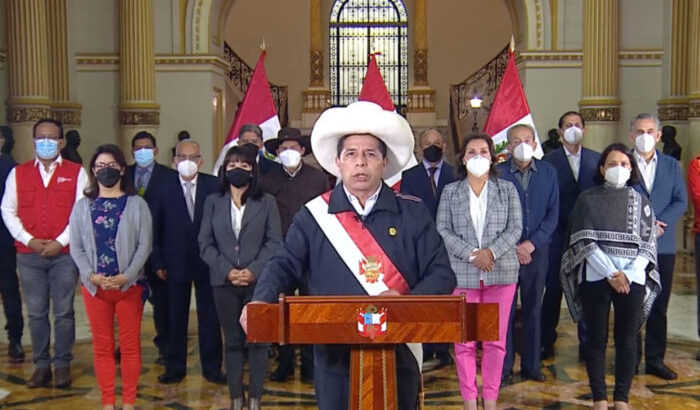 Pedro Castillo was dismissed this Wednesday amid cross accusations of an attempted coup d’état.

In his nearly year and a half in office, the Castillo administration was marked by successive accusations of corruption and five cabinet changes.

Four days ago, Castillo assured that he was not contemplating the closure of Congress to prevent the House from passing a motion of no confidence against him, after the first two failed for not reaching at least 87 votes.

I would like to take this opportunity to address the country and point out that in the face of the claim of some political sectors to try to break the will expressed at the polls, I ratify that nothing will prevent us from continuing in command of the nation until the last day of the Governmenton July 28, 2026.

Throughout his tenure, Castillo witnessed the fall of five prime ministers: Aníbal Torres was in charge of the Government for just over two months; Mirtha Vásquez, Prime Minister for almost three months; and Héctor Valer, who barely spent a week in office.

For his part, Guido Bellido, a prominent figure in Peru Libre, was the first of them and faced an investigation after having alleged ties to the Shining Path guerrillafounded in 1970.

Betssy Chávez remained in charge of the Executive little more than eleven days since he took office on November 25 to replace Torres, who submitted his resignation after the failure of another question of confidence in the Andean Parliament.

Since he assumed the presidency, the leftist has been questioned about his cabinet appointments: Hernán Condori resigned from Health after criticism of his defense of pseudoscientific methods, corruption, lack of ethics and his positions regarding the Covid-19 pandemic. .

The Minister of Agrarian Development and Irrigation of Peru, Javier Arce, also grabbed headlines, following a report issued by Cuarto Poder in which it was made known that He was in prison in 1997 and had 20 tax complaintsamong other antecedents with justice. 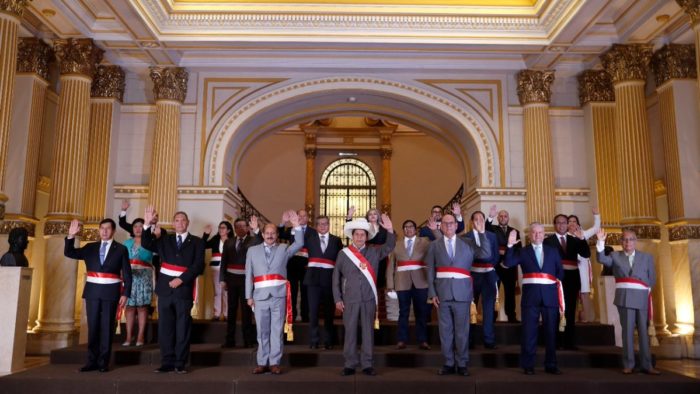 The most recent resignation was that of his defense minister, Daniel Barragán, who alleged through a letter “personal reasons” to leave office. He was replaced two days ago by Emilio Bobbio Rosas.

For his part, the former Minister of Transport and Communications (MTC) Juan Silva left for a motion of censure voted in the Peruvian Congress for alleged irregularities in hiring personnel.

The Peruvian Prosecutor’s Office activated an investigation against Castillo and his close circle.

Investigators claimed he had ties to a active criminal organization within the Ministry of Transport and Communications, which acted with the complicity of the former minister of this portfolio Juan Silva, as well as with officials from the companies Provías Nacional and Provías Decentralizado, the presidential office and other businessmen.

All this in order to favor the ‘Puente Tarata III’ consortium and other companies in public bidding processes. 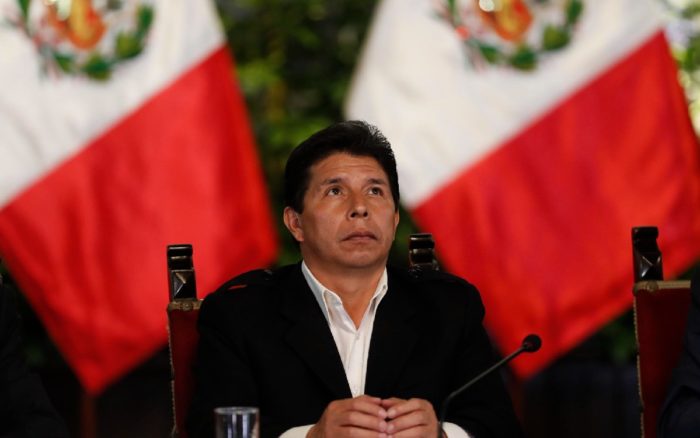 Corruption cases also affect their relatives. The Pedro Castillo’s sister-in-law, Yenifer Paredes, appears in a video in which she is observed offering a sanitation work to the residents of the community of La Succha.

Castillo stated in recent months that was suffering from political persecution by the Prosecutor’s Office, stating that their investigations for alleged crimes of corruption are nothing more than attempts to “attack” their loved ones.