Despite having led the box office, ‘Black Adam’ would lose millions 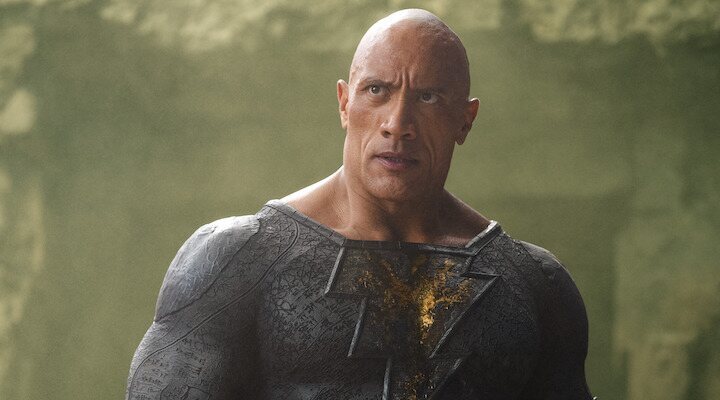 Released on October 21, ‘Black Adam’ has led the box office for several weeks, both in the United States and in Spain. However, despite being Dwayne Johnson’s best leading role debut, the film seems to be a long way from making a profit with its big screen release, facing losses.

In the seven weeks that it has been on the billboard, ‘Black Adam’ has raised only 387 million around the world. Although it may seem like a large number, is a failure compared to the 600 million dollars that according to experts consulted by Variety they needed to make a profit at the box office. These same people estimate that the film would not even reach 400 million, although for the Warner Bros. studio that figure would already be the point at which they would begin to generate profits.

According to the outlet, it cost 195 million to produce the film. In addition, it has suffered cuts from the beginning: a production of that caliber would require around 100 million in marketing, but COVID box office constraints prompted studio to cut global ad campaign to $80 million. This may be one of the factors that have meant that ‘Black Adam’ has failed to attract audiences who were not already fans of comics to the cinema.

Luckily for ‘Black Adam’, box office collection is no longer everything Y a lot of movies They don’t make a profit in the theaters. We will have to see how the film works in the rental and streaming format, as well as the final figures when the sales and merchandising benefits have been added.

See also  Friends: 10 Relationships Fans Supported From The Beginning (5 That Surprised Everyone)

Know how to lose

It was suspected that the premiere of the sequel to ‘Black Panther’ would also wreak havoc, and so it was: ‘Black Panther: Wakanda Forever’ reached 140 million dollars in its opening, setting a new record in the month of November. Nevertheless, Dwayne Johnson has shown all his support for the good news of the competitionwriting a tweet where he congratulates them and states: “That’s a lot of happy viewers around the world. Beautiful!!! Can’t wait to see the movie”.