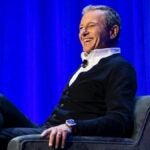 Bob Iger’s Wall Street honeymoon as the re-established CEO of the Walt Disney Co. appears to be over—less than three weeks after he reclaimed the title from his chosen successor, Bob Chapek, who lasted less than three years on the job.

Disney stock, which initially spiked as much as 10% on the day after Iger’s reappointment and climbed as high as $99.43 in the days after, closed Wednesday at $92.15 — just 35 cents more than the $91.80 closing price on Nov. 18, Chapek’s final work day as chief executive.

While not the lowest share price in recent months — Disney shares dipped to $86.75 on Nov. 9 just days before the domestic debut of Marvel’s “Black Panther: Wakanda Forever” — this continues a steady slide that suggests that any post-Iger bump was short -lived .

“Disney is in the midst of a generational transition in how it produces and distributes media and these next few years are crucial,” Jason Moser, senior analyst at The Motley Fool, told TheWrap. “This development comes with plenty of questions as achieving streaming profitability is still a key concern. How will Iger get there? What will he do differently than Chapek?”

“The announcement of Bob Iger’s return to Disney inspired much excitement and interest,” noted Comscore Senior Analyst Paul Dergarabedian. “However, the proof will indeed be in the pudding. After a blink-and-you’ll-mis-it honeymoon, it will be the choices, plans and execution over the long haul that will determine the perception of the company post-Chapek. If all goes well, cement his legacy as a one of the key and central figures in its storied history.”

Iger’s return comes as Hollywood has shifted its focus to streaming even as the raw profits still come from linear television. Cable may be declining, but Disney’s traditional networks like ABC and ESPN are still bringing in big bucks. And after two straight quarters of subscriber losses at Netflix, whose stock price has nosedived 48% from a high of nearly $600 in January, Wall Street you have reversed course on its focus on entertainment companies seeking streaming subscription growth at all cost in favor of an approach that values ​​revenues generated by those paying customers.

“Iger has been more in line with keeping prices lower to serve as a differentiator whereas raising prices played a key role in Chapek’s profitability goals,” Moser said. “Until investors have more clarity on how Iger intends to get the streaming operations to profitability on the same general timeline the market will more than likely continue to keep Disney shares in a holding pattern.” 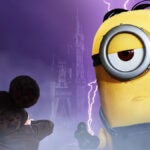