Jenna Ortega had Covid when she recorded the Merlina dance 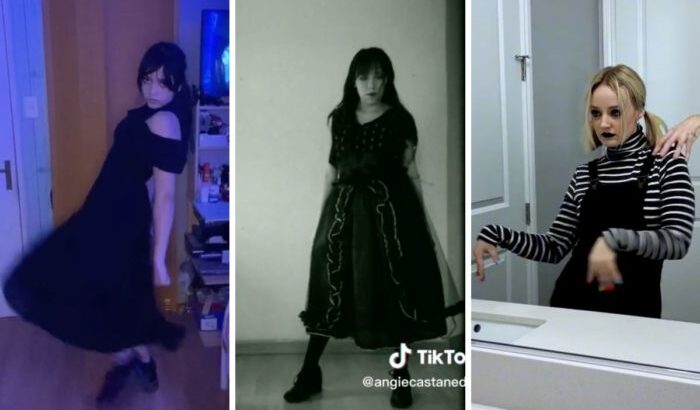 Actress Jenna Ortega revealed that had covid-19 when I record the iconic dance of the series merlin from Netflix, which has become a viral phenomenon on social media.

In an interview with NME, Ortega stated: “I got the song [‘Goo Goo Muck’] about a week before and I pulled out of everything I could; It’s crazy because it was my first day with Covid so it was horrible filming it.”

“Yes, I woke up and, it’s weird, I never get sick and when I do it’s not too bad, I had body aches. I felt like I had been hit by a car and that a little goblin had come loose in my throat and was scratching the walls of my esophagus. They were giving me medicine between takes because we were waiting for the positive result, “ commented.

In addition, he revealed that he asked to re-record the scene but there was no time: “I think he probably could have done a little better.”

The MGM company, producer of the series, assured the outlet that strict covid protocols followed and that once the contagion was confirmed, the actress was removed from the set.

The dance scene you can see her here:

The dance takes place in the fourth episode of the series, when Merlina’s character and her classmates attend the Nevermore Academy’s annual Rave ‘N’ Dance.

It has been quite a phenomenon. Merlina Challenge is the most recent challenge/dance to go viral on TikTok. As its name says, the challenge consists of record yourself imitating the dance that Merlina performs with the song Goo Goo Muck, by The Cramps. In some videos, TikTokers even do the steps in a way synchronized to the series sequence.

One of the TikToks in the challenge reached 49 million views and 3.8 million likes. Another even makes use of visual effects to recreate the character fingers and accompany the dance.

Despite being based on a female character, the challenge is also done by mens who do not hesitate to show their movements and love for teen series.

The popularity of the dance is so great that videos are also abundant on TikTok tutorials how to perform the steps Merlina Challenge.

All references to the iconic Merlina dance

In episode four of the Merlina series, titled Woe What a Night, the students of the Nunca Más Academy have a dance called the Rave’N dance. Merlina reluctantly agrees to go, but when the song “Goo Goo Muck” comes on, she dances with him. original steps.

In behind the scenes of the series, Jenna Ortega opened up about her nervousness when seeing the recorded scene, since she choreographed the entire dance. “I felt very insecure. I did the choreography myself and I think it’s very obvious that I’m not a dancer or a choreographer,” she says in the video.

Fans of the Netflix show spotted multiple hidden references in the choreography of Merlina. One of these is a step identical to what a young Lisa Loring does in The Addams Family series of 1964. 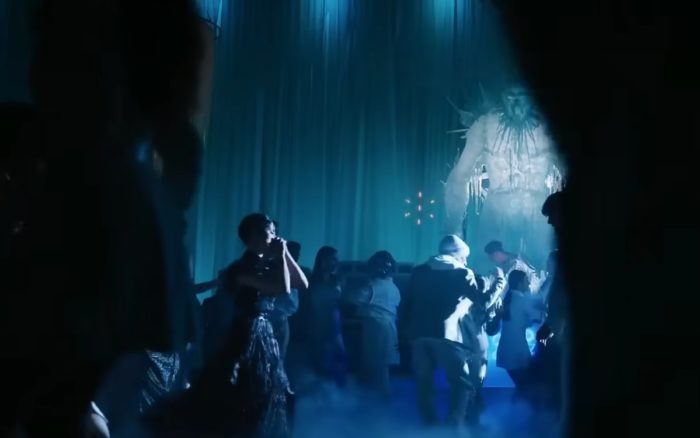 This dance move consists of put your hands together at face level and drop them while the legs move to the sides.

The first time this step was performed by a Merlina was in season 2, episode 29, of Los Locos Addams. In this chapter, called “Largo’s Grand Romance” (Lurch’s Grand Romance), Merlina teaches him to dance the huge Adamms family butler.

See also  What new Kirby games are coming in 2021? 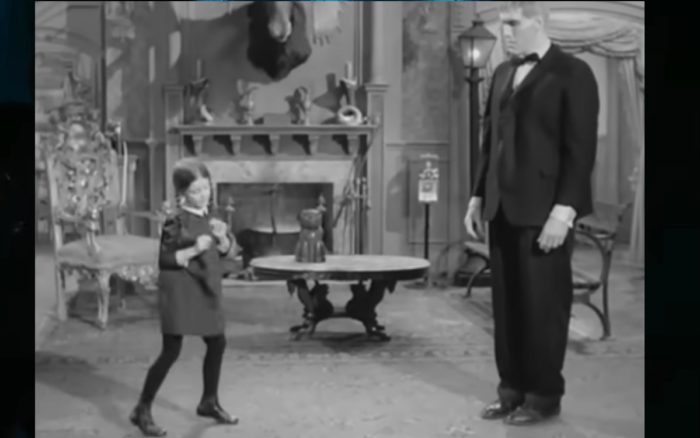 Another reference of the dance are the steps of tango that Homer Addams used to do during the series of the sixties.

In a tweet, Jenna Ortega, thanked various bands and artists for inspiring the already acclaimed choreography.

Among the artists are: siouxsie siouxBob Fosse’s, Lisa LoringLene Lovich and denis lavant. Likewise, the young actress made reference to the gothic dances popular in the discos of the eighties.

Thanks to Siouxsie Sioux, Bob Fosse’s Rich Man’s Frug, Lisa Loring, Lene Lovich, Denis Lavant, and archival footage of goths dancing in clubs in the 80’s. Helped me out on this one. https://t.co/zlxlv1JUW4

According to Consequence, Sioux was the lead singer of Siouxsie and the Banshees, a British rock band that was a fundamental part from the goth-rock scene.

In turn, Bob Fosse was responsible for choreographing a sequential dance called The Rich Man’s Frug for the musical Sweet Charity.

The singer Lene Lovich is a key figure of the scene new wave thanks to his high-pitched voice and unconventional appearance. She was one of the pioneers of feminine Punk Rock.

Finally, Lavant is a famous French actor, recognized for his dances to the rhythm of songs like “Modern Love” by David Bowie and “The Rhythm of the Night” by Corona.

It was precisely in the eighties when songs with scary or Halloween themed they began to play each other in nightclubs. In this decade songs like “thrillerby Michael Jackson; “Ghostbusters” by Ray Parker Jr. and “Somebody’s Watching Me” by Rockwell.

See also  Why 'The Return of the Witches 2' does not bring back these characters?

In fact, some fans have pointed out that in the dance performed by Jenna Ortega you can see items from the legendary Michael Jackson zombie song.