Bye! to the “golden generation”…

Eden Hazardattacker and captain of the football team of Belgiumannounced this Wednesday his withdrawal from the national team after the early defeat in the World Cup Qatar 2022where the Red Devils they did not make it past the group stage.

On his official account instagramthe striker of real Madrid shared the following message:

A page is turned today. Thanks for your love. Thank you for your unparalleled support. Thank you for all this shared happiness since 2008. I have decided to end my international career.

The player, who will turn 32 in January and whose performance with the national team has been the center of criticism in recent years, remained as a starter for the devils despite his decrease in minutes with the Madridwhich he claims is a reflection of the fact that “the succession is ready” but he will miss his team.

After the announcement of his departure, the belgian federation posted a specific thank you message on Twitter: “All the best, Captain”. The post is accompanied by a 2018 video of Hazard celebrating at the Grand Place in Brussels before thousands of fans to have achieved the Third place in the World Cup in Russiathe country’s greatest football success so far.

The veteran’s withdrawal comes after the World Cup failure in Qatar 2022where Belgium beat Canada 1-0, lost to Morocco2-0, and tied with Croatia0-0, but failed to reach the round of 16.

The captain, who had started the first two games, was a substitute in the third, playing only the last 15 minutes. His performance throughout the tournament has been far from his performance in the past.

It was facing the euro 2016 when the then selector, Marc WilmotsHe handed over the captain’s armband. Now, Hazard leaves the Red Devils as the fourth player with the most international caps in the history of Belgiumbehind of Jan Vertonghen (145), Axel Witsell (130) and Toby Alderweireld (127).

In 2012 he signed for the Chelseawhere he played for seven years and confirmed himself as a player of an extraordinary class, winning two editions of the Europa League2013 and 2019, and two others from the Premier Leaguein 2015 2017, to finally end up in the real Madrid in the 2019-2020 campaign, thus fulfilling one of his sporting dreams.

Hazard came to the white club as a star, but three years of injuries and poor performance once he apparently recovered have relegated him to the background in the team of Carlo Ancelottiwhere he barely has minutes and his continuity is also in question. 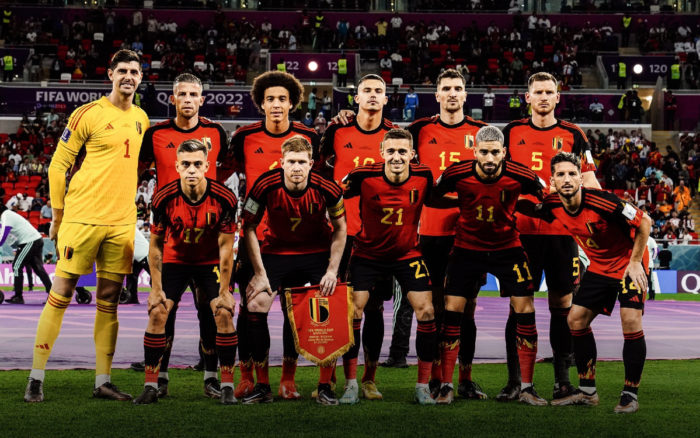