Report: The dramatic decline of birds around the world 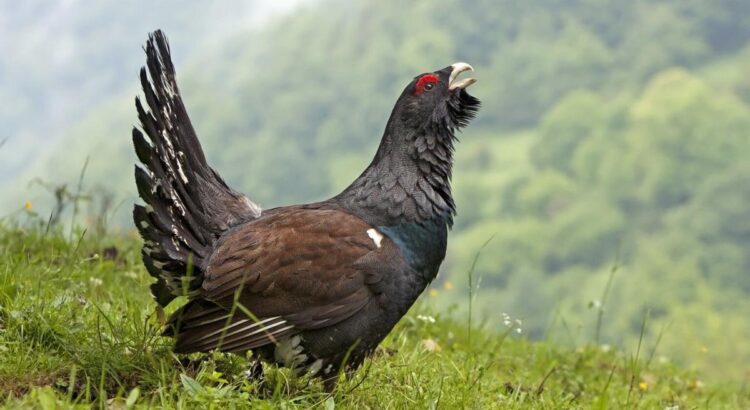 The human pressure and the climate change are having a negative impact on nature and ecosystems. Birds are one of the most affected animal groups. Half of the bird species experience a decline in their populations, in 13% of the cases the decline is so pronounced that there is danger of extinction, and only 6% of the taxa grow.

The alarm has been issued by BirdLife International, through the publication ‘State of the World’s Birds 2022‘, a compendium of all the world’s ornithological knowledge that this entity produces every four years, with contributions in Spain from SEO/BirdLife.

The text highlights that of the approximately 11,000 bird species in the world, 5,245, 49%, are experiencing population decline. And 1,409 of them, one in eight, are in danger of becoming extinct.

The study warns that a deterioration in the conservation of most bird populationsincluding many species that –such as the sparrow or the swallow– were present in almost the entire world until just a few years ago, especially in the temperate latitudes of the planet.

–The expansion and intensification of agriculturewhich affects 73% of threatened species.

-Deforestationwhich impacts half of endangered birds.

–Invasive alien species and other problematic species, which harms 40% of heelers with problems.

-The huntfundamentally the illegal one, which impacts 38% of the birds that could become extinct.

–Urban development it has a negative effect on 27% of endangered birds.

See also  The best roles of the spectacular cast of 'Amsterdam'

On the whole, 33% of the impacts on biodiversity in South America and 26% in Africa are caused by consumption in other parts of the world. Since 1502, only in the Atlantic Ocean, 187 species of birds have disappeared.

All territories and all countries are home to at least one endangered bird species. Brazil and Indonesia top the list, with 175 and 171 species at risk of extinction, respectively. Of the 1,409 threatened species, 231 are critically endangered.

The authors of the study also draw attention to the widespread decline in bird populations that, until now, were considered common.

In the European Union (EU), since 1980, 620 million birds have been lost. In North America, losses are recorded at 3,000 million in the last 50 years. But the decimation of populations is global.

In Japanfor example, 94% of the individuals of forest species were lost between 1805 and 2016. In this same period, the populations of birds linked to wetlands fell by 88%.

In Costa Ricabird populations in tropical agricultural fields declined between 1999 and 2010. In Australiaseabirds lost 43% of their numbers between 2000 and 2016.

The forecasts are dramatic: “97% of America’s birds could be affected by global warming by 2100. And in Europe the trends seem the same,” explains SEO/BirdLife executive director Asunción Ruiz.

Spain: 18 species in a critical situation

SEO/BirdLife has updated the status of birds at the state level. He has confirmed the presence in Spain of 462 species, of which 63% would be autochthonous; that is, they reproduce in Spanish territory. Of them, 359 are part of the ‘Red List of Birds of Spain’which means that there is concern –albeit slight– about its state of conservation. Ninety species are under the threat category and, of these, 18 are in a critical situation.

Four species are in a situation of ‘extreme risk’: the Cantabrian capercaillie, the marbled teal, the lesser shrike and the Balearic shearwater.

As is the case in the rest of Europe, in Spain most of the threatened bird species preferentially inhabit agrosystems and other semi-natural habitats (34%), followed by birds typical of wetlands (24.7%).

18% of threatened birds are marine or coastal species, 12% live in mountain areas and only 10% would be made up of birds that live in forest environments..

This distribution largely reflects, according to SEO/BirdLife, which are the most threatened habitats in Spain, highlighting agro-steppe systems and wetlands as the ecosystems in the worst condition.

Total, 12 large groups of threats are considered, which include – for the first time – climate change in the list. In general terms, pollution is the most widespread threat (76.29% of the cases), followed by the alteration of ecosystemsthe intensive farming practices and the impacts linked to climate change.