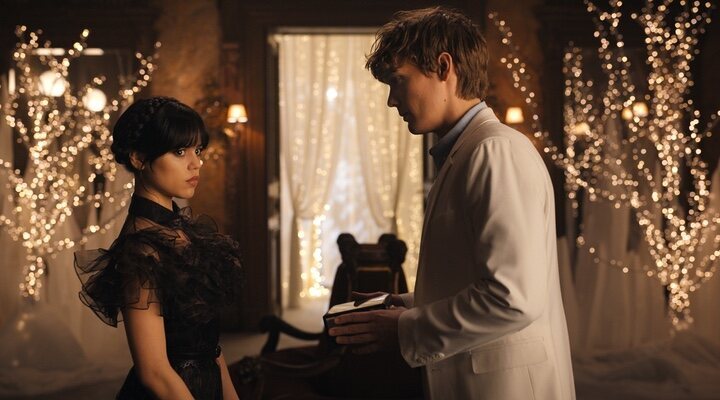 ‘Wednesday’ does not stop climbing positions. Although it recently positioned itself as the most watched series in English in a single week on Netflix, now Variety highlights that has become the third series in English most viewed in the platform’s history.

If he continues at this pace, ‘Wednesday’ could well climb further on the podium and overtake ‘DAHMER – Monster: The Jeffrey Dahmer Story’ in his second place and even reach the top of the list: The fourth season of ‘Stranger Things,’ which garnered more than a billion views in its first 28 days. The reason for this is that the season premiere of the Duffer brothers series was not as successful as that of the Addams daughter series, which bill with more than 130 million more views in the same time. So, It would not be strange if within two weeks, on its anniversary of the first month of release, ‘Wednesday’ manages to rise as the most watched English-language series on the platform.

And it would not be for less. The series has received positive reviews, especially for its protagonist: Jenna Ortega gives everything to create a macabre but human Wednesday who, after passing through the Nunca Más boarding school, must master his psychic abilities while facing two great challenges: solving an old crime and learning to be a teenager.

A scene with a lot of history

Part of the success of the Netflix series is due to a scene that has gone viral: Wednesday’s peculiar dance, which the actress herself choreographed based on archival footage of goths dancing in clubs in the 80s and many other references; among them, Lisa Loring, the first girl to play Wednesday Addams. Nevertheless, Despite the success of the dance, which has exploded on TikTok, Ortega is not as happy with the result as the rest of the world: “Could probably have done a little better”but when he asked to redo the scene they didn’t have time.

The choreography has even more merit, not only because he had been given the song just a week before, but because of the condition he was in: “It’s crazy because it was my first day with COVID, so it was horrible to record”. The actress it states that, despite the fact that she does not usually get sick, her whole body ached: “I felt as if a car had hit me and a little goblin was in my throat scratching the walls of my esophagus”tells in an interview for NME. “Between takes they gave me medicine while we waited for the result to come back positive”. Perhaps it is precisely the pain when moving and the sickly paleness that are the keys to showing off in this choreography that will go down in history as one of the most memorable and imitated dances, in the purest ‘Pulp Fiction’ style.

* If you have not seen it yet, you can see all episodes of ‘Wednesday’ on Netflix.