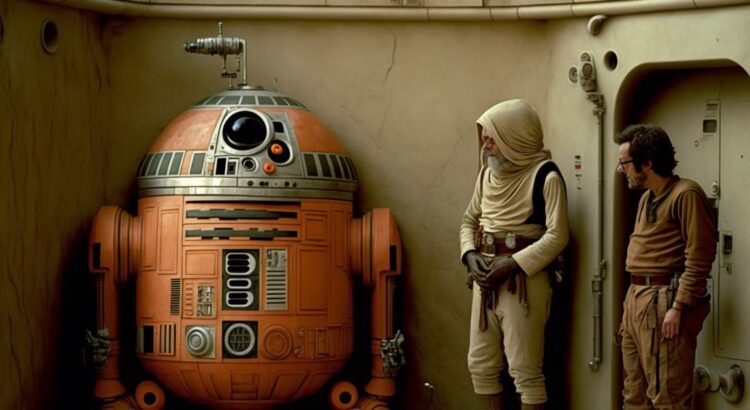 The increasing sophistication and ease-of-use in AI art generators has prompted a lot of online debate recently. The ethical issues around copyright and crediting are huge. Users experimenting with programs like DALL-E, Midjourney, and Free AI Art Generator are arguing over endless topics around ownership and creative license, down to the question of whether a particularly effective AI art prompt could potentially be copyrighted, even if the resulting art can ‘t be.

But above all, artists have raised considerable questions around theft of their work to “train” AI art generators to produce work in a particular style. Most of these programs work by learning from the styles in the images they’ve been fed. So if they ingest an artist’s distinctive work, that work eventually starts to bleed into the program’s new “original” creations. But if an artist’s style gets digested into a free bot that can regurgitate it and iterate on it in seconds, how’s that artist supposed to make a living?

A current AI art trend on social media highlights exactly what artists are concerned about: Users have been feeding AI artbots the names of familiar movies and TV shows, and adding “in the style of Wes Anderson.”

Anderson (the director of The Grand Budapest Hotel, Moonrise Kingdom, Fantastic Mr Fox, Isle of Dogs, The Life Aquatic with Steve Zissou, rushmore, and more) is an incredibly distinct visual stylist, and has been a prime target for “in the style of” pastiches for years, long before AI artbots were in vogue. Most cinephiles immediately recognize his distinctive look, centering on extremely elaborate and precise set dressing and production design, generally rendered in muted earth tones and pale pastels. He has plenty of familiar touchstones for humorists who are trying to mimic him: the use of chapter titles and other on-screen text, a love of elaborate fixed tableaus, characters with minimal emotional affect and a clipped, precise way of speaking.

On YouTube, creators have been re-editing movies and trailers into satirical versions of Anderson’s work for years now, especially following the popularity of The Grand Budapest Hotel. Usually, they’re leaning on the absurdity of, say, a horror or action movie rendered with its deadpan intensity and precision. Whenever Wes Anderson imitation moves into a new medium, it often starts with a version of Stanley Kubrick’s The Shining — probably in echo of the granddaddy of recut YouTube trailers, depicting The Shining as a feel-good rom-com.

This most recent Twitter trend wasn’t even the first AI artbot attempt at porting his style into other movies — there are similar tweets going back at least to 2020. But the shining tweet did unleash a fresh deluge of other Anderson pastiches. Some were created in response to the shining art. Others, created earlier, are being retweeted into the thread by users who’ve had similar ideas, and want to share their convergent evolution.

This flurry of new “movie in the style of Wes Anderson” tweets is a perfect showcase for the reasons artists and creators in particular are concerned about AI-generated art, visual and otherwise. No artbot is going to actually replace Wes Anderson: His work by him comes from a distinctive voice and artistic mindset. Individual still images aren’t going to replace entire movies, and Anderson’s films are much more than just the visual imagery.

And all these AI images are funny, in a wry sort of way — a parody of his style and a form of creative expression, similar to fantasy casting. The images showcase the creativity of the creators, who are going further and further into exploring what kind of projects the writer-director’s style can be applied to.

See also  Avril Lavigne Gets Engaged to Mod Sun in Paris: 'The Day We Met I Knew You Were the One'

But even so, it’s easy to look at the images above and see how readily AI art generators can devalue an individual artist’s style and voice, by making endless creative variations easily available at the push of a button. After a while, the joke gets a little samey. All the images start to look a bit alike. All Anderson’s signature stylings has been refining for more than 25 years can be reduced to a single repetitive joke, to the point where his own actual movie stills may not stand out much in the mix.

It’s not that we should be alarmist about a simple viral trend on social media. If anything, the Wes Anderson artbot fad is useful proof for artists trying to get programmers to build active protections for their designs and styles into AI bots. It’s a useful way to look at the legal and creative problems ahead, by showing off just how sophisticated and elaborate AI art mimicry has gotten. Future AI bots may guard against exactly this kind of specific stylistic imitation. So enjoy your Wes Anderson Star Wars while you have it, just in case. And don’t forget that AI pastiche isn’t limited to crossbreeding a familiar movie with a familiar style: You can invent new movie ideas, too.